Renowned for the breath-taking beauty of its lush green countryside and energised riverside city, Limerick’s location offers a unique opportunity to enjoy a quality of life where city and country living dovetail harmoniously.

Designated a European City of Sport 2011 and National City of Culture 2014, it’s a liveable and accessible city with quality affordable and available housing stock within easy reach of coast and country.

There are over 100 top attractions in the Limerick region for visitors to explore. From river or lake side activities to forest walks, mountain bike treks and medieval castles the region has it all. Among the most popular visitor attractions are: King John’s Castle, Bunratty Castle and Folk Park, The Foynes Flying Boat Museum, Thomond Park Rugby Museum, The Hunt Museum, St. Mary's Cathedral, Limerick City Gallery of Art, Ballyhoura Walks and Mountain Bike trails, Curraghchase Forest Park, The Limerick Greenway and the City Centre to UL Walk and Cycleway. 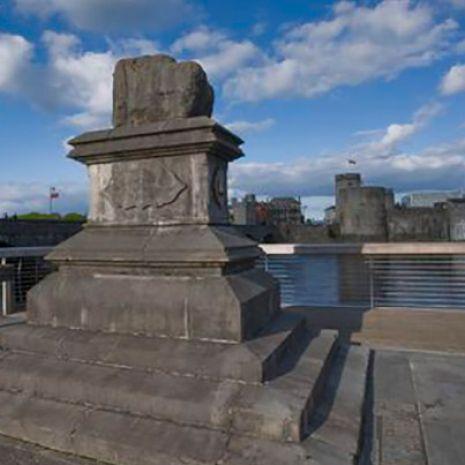 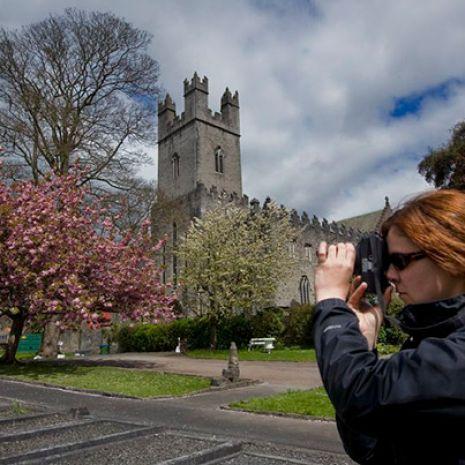 Adare may come with a world-famous golf course that’s set to host the 2027 Ryder Cup but it’s the old-world appeal that enchants everyone who happens through this village just south-west of Limerick city. Renowned as one of Ireland’s prettiest villages, Adare is a picture-postcard setting on the River Maigue that has an enchanting mix of luxury and charm. Its medieval castle and friary aside the Maigue River, its thatched and Tudor properties, the famous Manor itself, stunning gardens, boutique stores and critically acclaimed restaurants – including the Michelin Star ‘Oak Room’ restaurant at Adare Manor – blend effortlessly to give Adare a truly unrivalled mix.

Another picturesque village is breath-taking Killaloe, which lies on the southern tip of the beautiful lake of Lough Derg, 18 miles North West of Limerick city. For all its beauty, Killaloe remains one of Ireland’s better kept secrets, though not for those with a love of the water, with fishing, water sports and boating all hugely popular tourist draws in the historic town. In later years, too, it has become a hugely popular destination for hikers, who come to enjoy the stunning but manageable ascents up the rolling hills overlooking Lough Derg and down into Killaloe. The village was established during the 12th century by the High King of Ireland, Brian Boru, and has huge historical significance - at one stage, it was even considered the capital of Ireland!

Other village destinations worth exploring are Ardpatrick, which is nestled in the Ballyhoura mountains waiting to be discovered and ideal for nature lovers and adventurers. Likewise, picturesque Galbally at the foot of the Galtee Mountains and the beautiful Glen of Aherlow; Bunratty with its world-famous medieval castle and the estuary town of Foynes with the award winning Foynes Flying Boat Museum. 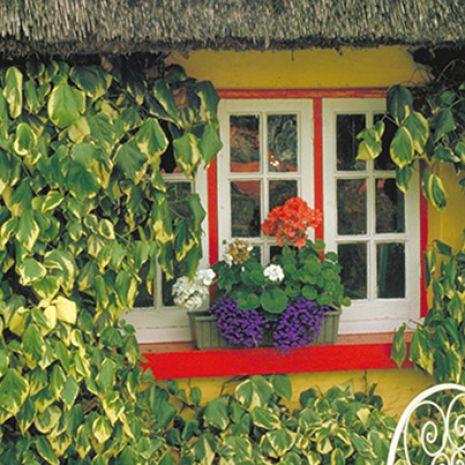 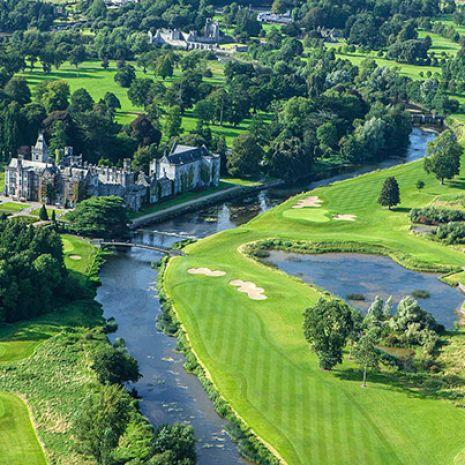 Limerick is also a key gateway city to some of the most spectacular scenery in all of Europe located along the Wild Atlantic Way, including world renowned sites such as the Cliffs of Moher, The Burren, Killarney National Park, the Ring of Kerry and the Dingle Peninsula – all within 90 minutes of the city – and Connemara National Park further up the west coast. 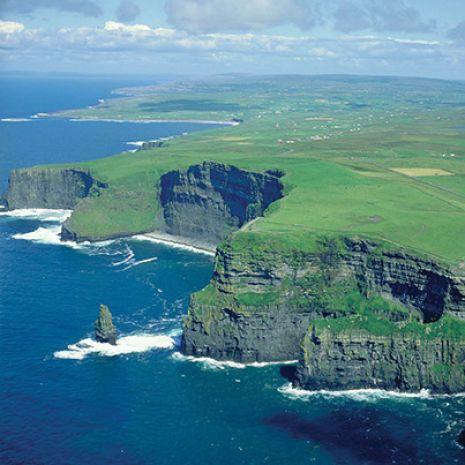 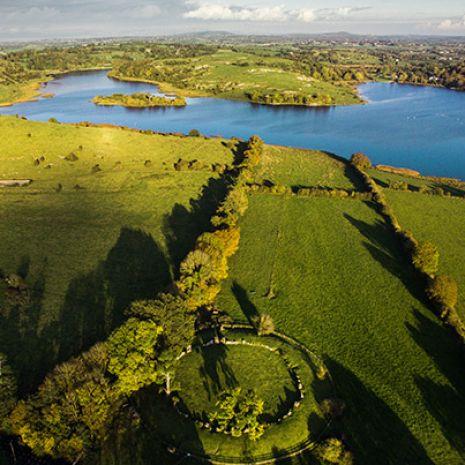 Limerick is less than an hour from some of Ireland’s most beautiful sandy beaches, including Lahinch, one of Ireland’s leading surfing destinations. Other popular bathing and surfing locations within 90 minutes of the city include Kilkee, Spanish Point and Ballybunion.

Ballybunion and Lahinch also offer world-class golf links courses, while the jewel in the region’s golfing crown is the superb Adare Manor Hotel and Golf Resort, located just 15 minutes from Limerick city centre and host of the 2027 Ryder Cup. 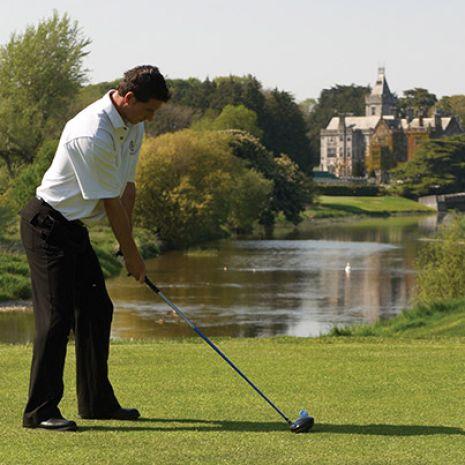 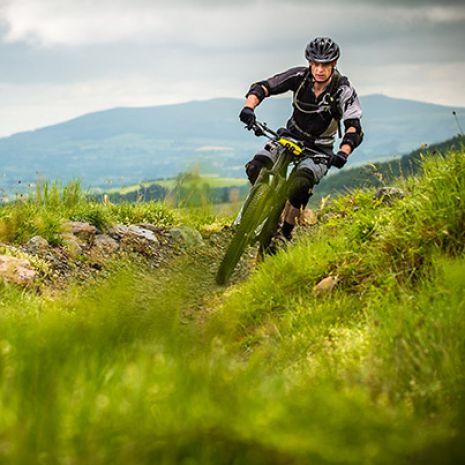 With much investment already undertaken over the last two decades, the waterfront area is set for further uplift thanks to €73.4m in funding granted under the Urban Regeneration and Development Fund (URDF). This will fund significant projects along the waterfront, including the redevelopment of the Cleeves Riverside Quarter site, the construction of new pedestrian bridges and public realm works.

Limerick is very much recognised as a capital of sport. Its love affair with the game of rugby is much celebrated and Thomond Park – the home of Munster Rugby – is one of the most celebrated venues in world rugby.

Its rugby fanaticism is shared only with its passion for Gaelic sports, particularly hurling. Limerick are currently the game’s dominant force and their home venue is 45,000 capacity Gaelic Grounds.

Golf is high on the list of sporting interests, with an array of courses right up to the gold-standard Adare Manor course, which will host the 2027 Ryder Cup.

The redeveloped Markets Field just off the city centre in Garryowen is home to League of Ireland Treaty United while other top of the range sporting facilities are available at the University Sports Arena, Limerick Racecourse and Greyhound Stadium.

Limerick is a playground for outdoor pursuits, where you can sample everything from kayaking on the River Shannon, mountain biking on the longest trail network of its kind, angling in the plentiful waters of the Shannon and its tributaries, walking on the Limerick Greenway and golfing on premium championship courses.

Limerick is teeming with high-street retail stores, while pedestrian plazas are lined with colourful independent boutiques and prime shopping opportunities. A number of shopping malls can also be found on the outskirts of the city. The retail sector is bolstered by a vibrant café, pub and casual dining offering.

Limerick is a modern city with a rich medieval past and steeped in culture. Limerick was named Ireland’s first National City of Culture in 2014. Two years later it was shortlisted for the 2020 European Capital of Culture.

Art - EVA International, Ireland’s biennial of contemporary art, is hosted in Limerick every two years. Since its foundation EVA international has worked with some of the world’s leading artists and curators, bringing outstanding exhibitions to audiences here.

Limerick is also home to the Hunt Museum, which exhibits some of Ireland’s greatest private collections of art and antiquities dating from the Neolithic period to the 20th Century and Limerick City Gallery of Art, the largest contemporary art gallery in the Mid-West Region, annually exhibiting national and international artists in a diverse exhibition programme.

The 13th century King John’s Castle sits proudly on the banks of the River Shannon in the heart Limerick. An iconic Limerick landmark, the medieval King John’s Castle also houses the acclaimed interpretive centre where touch screen technology brings 800 years of history to life in a captivating historical exhibition.

Churches - Limerick is also home to St Mary’s Cathedral, which was founded in 1168 and is the oldest building in Limerick still in daily use. Built in 1859, St John’s Cathedral has the tallest spire in the country which stands out majestically against the horizon.

Food - Limerick City’s award winning Milk Market attracts 12,000 visitors each Saturday morning and is a mouth-watering celebration of fresh natural produce and stunning handcrafts. A cacophony of flavours, aromas and sounds, it is wrapped by historic stone buildings that once formed the corn market and is covered by its very own ‘big top’.

Some of the country’s top restaurants are located in Limerick, including the awarding winning Mustard Seed restaurant and hotel in Ballingarry, 1826 in Adare – the only restaurant ever to have been awarded ‘best restaurant’ in Limerick and Munster three years in a row – and the sumptuous Michelin Star ‘Oak Room’ restaurant at Adare Manor.

There is also a fusion of stunning international cuisine options, reflecting the diversity of the city today.

Performing arts - Limerick has a rich tradition of literature, culture, arts and music. It is home to leading cultural institutions including the Irish World Academy of Music and Dance, the Irish Chamber Orchestra, Lyric FM and several major performance spaces including University Concert Hall, The Lime Tree Theatre and The Belltable.   The Big Top and Dolan’s Warehouse are hugely popular live music venues while Thomond Park has also hosted major outdoor concerts/event with world-famous artists such as Bruce Springsteen and Pink.

Flying High - Fidget Feet, Ireland’s leading aerial dance company has provided a unique addition to the cultural fabric of Limerick since establishing its permanent base in Limerick. The world class aerialists regularly perform in many of Limerick’s street theater larger public parades and festivals.