Thomond Park is the home ground of Munster Rugby, one of the most successful and best supported rugby clubs in the world. The famous venue is renowned internationally for its unique history and atmosphere.

The famous venue, renowned internationally for its unique history and atmosphere, has been redeveloped and now boasts an increased capacity of 25,600.

Since that magical reopening night when Munster played the All Blacks in 2008 witnessed by a national television audience of over one million viewers, Thomond Park has hosted a galaxy of events that has truly established the stadium as a world class multi – purpose venue.

The increased capacity has also allowed record levels of supporters to attend Munster Rugby matches, and in November 2010, Thomond Park witnessed another historic and memorable occasion when Munster played and triumphed over the touring international Australian team adding yet another heroic landmark to the legendary reputation of the venue.

A fascinating addition to the stadium is the spectacular interactive Museum Experience which showcases the proud history and heritage of Munster Rugby including an impressive range of memorabilia such as the match ball from the famous victory against the All Blacks in 1978 and the 2006 and 2008 Heineken Cup trophies.

The Museum also contains interactive displays and touch screens suitable for all ages with a specially commissioned film titled “We are Munster” that portrays the tradition and history of the club and the unique bond that it shares with its loyal supporters.

As an added bonus stadium tours can be incorporated with a museum visit which allows visitors to look behind the scenes at the historic Stadium, taking them to places normally only accessible to the players and officials on match days, from a walk down the tunnel to a seat in the home and away dressing rooms and the dugouts.

The new Thomond Park Stadium represents another glorious chapter in the history of Munster Rugby and is testament to its stature as one of the best supported clubs in world rugby. 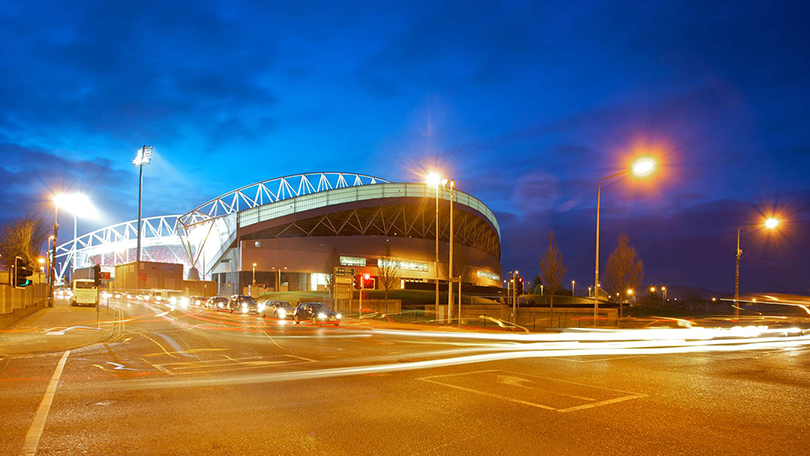 If you are holding a conference in Limerick, here are some of the key facts you should know about Thomond Park Stadium as a business conference venue:

What's On at this Venue