The 44th World Conference of the International Council for Traditional Music (ICTM) will be hosted by the University of Limerick from 13th – 19th July 2017.

The ICTM is a non-governmental, post Second World War scholarly society in formal consultative relations with UNESCO. Its aims are to further the study, practice, documentation, preservation and dissemination of traditional music and dance, including folk, popular, classical and urban music and dance of all countries to bring cultural understanding and peace to humanity.

According to Professor Svanibor Pettan, the Secretary General of the ICTM, “The strength of the Council is in its 1,400 plus members from more than 120 countries on all world's continents, who represent diverse scholarly approaches in their search for knowledge, understanding and skills related to diverse traditions of music and dance. We are also proud of our very active 21 Study Groups, focussed on research on either selected territories or topics.”

World conferences play an important role within the ICTM for the presentation, sharing and dissemination of knowledge. These conferences are biennial and are organised in different institutions around the world. The University of Limerick was successful in its bid to host the 44th ICTM World Conference. 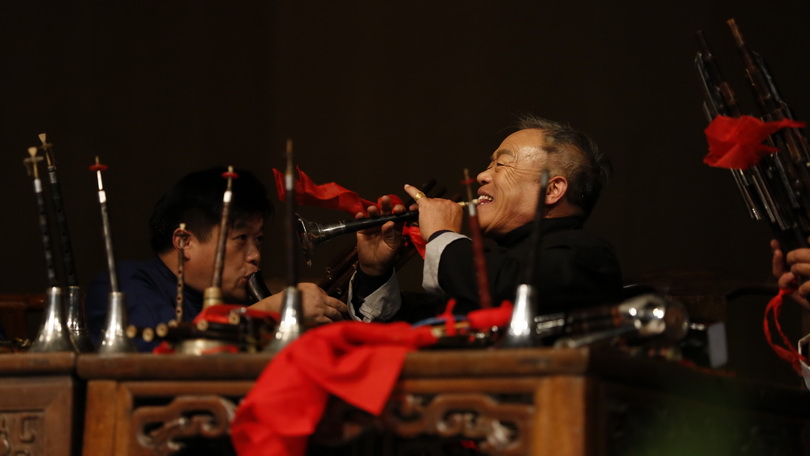 Similar to other ICTM World Conferences, scholars will present academic papers, participate in scholarly panels, roundtables and video sessions, offer lecture demonstrations, provide music, song and dance workshops, show films, and share work-in-progress. For the international ICTM community this is a major global academic and networking event with approximately 600 delegates in attendance. According to Professor Salwa El-Shawan Castelo-Branco, President of the ICTM, “The ICTM has marked music and dance research through its scholarly meetings (World Conferences, Colloquia, Study Group Symposia and Forums held in conjunction with sister societies) and its publications, especially its flagship journal, the Yearbook for Traditional Music, and tens of edited volumes that resulted from ICTM colloquia and symposia.”

Hosting this international conference is also important for the University of Limerick and, in particular, for the Irish World Academy of Music and Dance. Founded by Professor Mícheál Ó Súilleabháin in 1994, the Academy has grown from its initial formation as a centre for postgraduate research in music and dance to an Academy comprising of innovative undergraduate programmes, nineteen taught postgraduate and PhD programmes.

Encompassing a wide range of specialisations from Irish traditional music and dance to classical strings, ethnochoreology, ethnomusicology, ritual chant and song, community music, music therapy and music education among others, it has in excess of 300 students from over 50 different countries. Dr Sandra Joyce, Director of the Irish World Academy, said “The Irish World Academy is delighted to host the 44th ICTM World Conference in July 2017.

The ideals and activities of this scholarly organisation greatly resonate with those of the Academy, which, since its inception, has honoured music and dance practices from across the globe. Faculty from the Academy have regularly attended ICTM conferences and it is a privilege to be the hosts of this important gathering in 2017.”

To celebrate the 70th Anniversary of the ICTM, there will also be concerts at the University of Limerick.  For example, The Three Forges Concert featuring the Irish Gamalan Orchestra directed by Professor Mel Mercier, Chair of Performing Arts,  on 15th July at 8pm in the Irish World Academy of Music and Dance; and The Suona Ensemble from China playing at 1:30pm on Monday 17th July in the University of Limerick Concert Hall.

This is the first time that The Suona Ensemble, comprising of the Zhou family (周家班), have performed in Ireland. They will play traditional wind and percussion music that has traditionally accompanied the birth and death of the people of Central-Eastern China for more than 600 years.

The Zhou family come from Lingbi in the Anhui Province and have been musicians for seven generations. As part of their European tour they will perform at the ICTM’s World Conference at the University of Limerick. Also, on Monday 17th July at 8pm, The Sionna Concert – a World of Music and Dance will feature faculty, students and guests of the Irish World Academy of Music and Dance, including its Founder Director, Professor Micheál Ó Súilleabháin, at the University of Limerick Concert Hall.

The Irish World Academy of Music and Dance is the centre of academic and performance excellence housed at the University of Limerick, Ireland. It attracts academics and practitioners from around the globe and has come to find its true home on the banks of the River Shannon. The Irish World Academy offers a suite of undergraduate and postgraduate programmes in music, dance and related subject areas. Its research is at the forefront of these fields of enquiry worldwide. Founded in 1994 on the appointment of Professor Mícheál Ó Súilleabháin as first Chair of Music at the University of Limerick, it occupies a central position in artistic and scholarly research and education in Ireland and internationally.