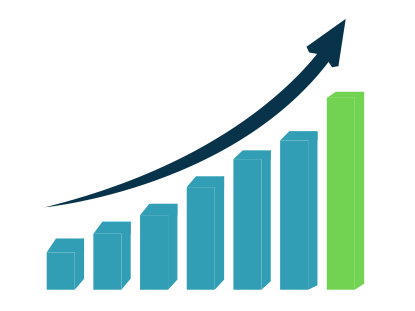 The Limerick 2030 Economic and Spatial Plan, launched by Limerick City and County Council in 2013, is a once in a generation plan to guide the economic, social and physical renaissance of Limerick City centre, the wider county and Mid-West Region. As part of this ambitious and transformational Plan, Limerick is investing over €1 billion in enterprise and investment infrastructure.

The 2030 Plan aims to deliver 12,000 jobs, with 5,000 of these in the city centre, and Limerick has been very successful in delivering on this jobs target to date. Between 2013 and July 2018 close to 14,400 jobs, and over €2 billion of investment, have been announced for Limerick (Tables 1 & 2).The main sectors for job announcements in Limerick include ICT, Biopharma/Medical, Fintech, Retail/Hospitality, Creative Industries and Hi-Tech Manufacturing/Engineering.

This success in recent years is being recognised internationally with Limerick ranked as one of the top 10 locations in Western Europe in which to invest by the sixth global ‘Best to Invest Report’ compiled by Site Selection. 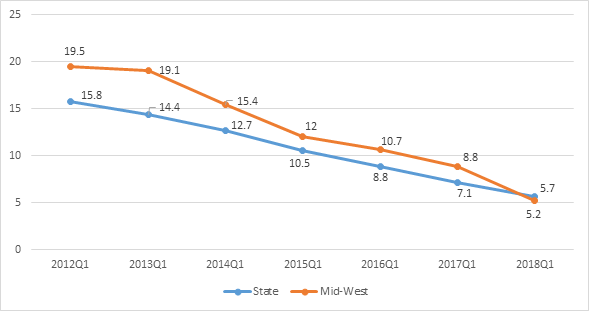 Figure 2 shows that during the 20 year period from 1996 to 2016 Limerick’s population grew by over 18%. The Census results highlight that Limerick has a very favourable age profile with close to 50% of the population under the age of 35. 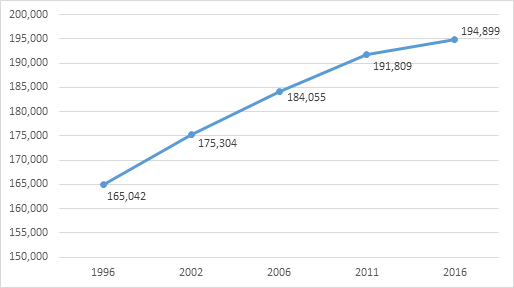 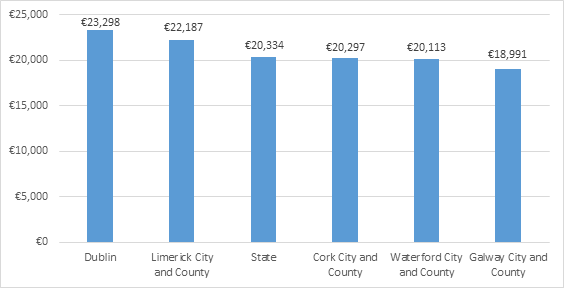 The County Incomes and Regional GDP Report highlights that the Mid West Region, of which Limerick is the capital, recorded Gross Value Added (GVA) of €38,109 in 2015.

GVA per person for the Mid West has been the third highest across the Irish regions in recent years, with productivity in the Mid West increasing by over 36.6% from 2011 to 2015 (Figure 4). 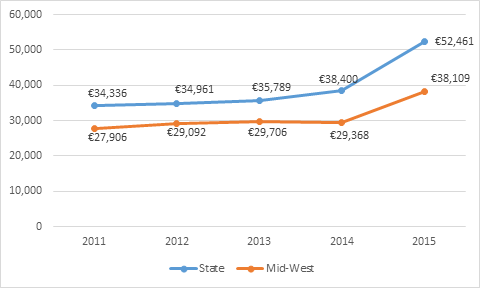