Skip to main content
x
Limerick City and County Council offices are currently closed to the public. Customers are encouraged to contact the Council by Phone: 061 556000, Email: customerservices@limerick.ie or Online: My Limerick on Limerick.ie, rather than in person.

Uncover the architectural treasures of Limerick during Open House

The 2019 OpenHouse Limerick festival returns for its 8th year between Thursday 17 to Sunday 20 October, with over 40 buildings and events ready for you to explore including:

This year’s theme is Architecture is Visionary which will inspire, enthuse, provoke and entertain. The concept will not only display Limerick’s architectural talent but also engage with the public to discuss how architects and communities can work together to address visionary change.

This is at a time when Limerick is embracing an open-minded approach to design, urban planning and construction techniques, strengthening its attractiveness and variety.

Visionary is fundamental to how people experience their environment, and Limerick city and county is a great example of this as it is a rich source of visionary buildings and spaces old and new. This year’s festival will celebrate these creations through guided building tours, public talks, discussions, short films, public exhibitions, walking tours and family workshops based around five key themes.

The festival, organised by a voluntary committee, is presented by architects, designers, academics, artists and many others for the general public to enjoy, all for free. 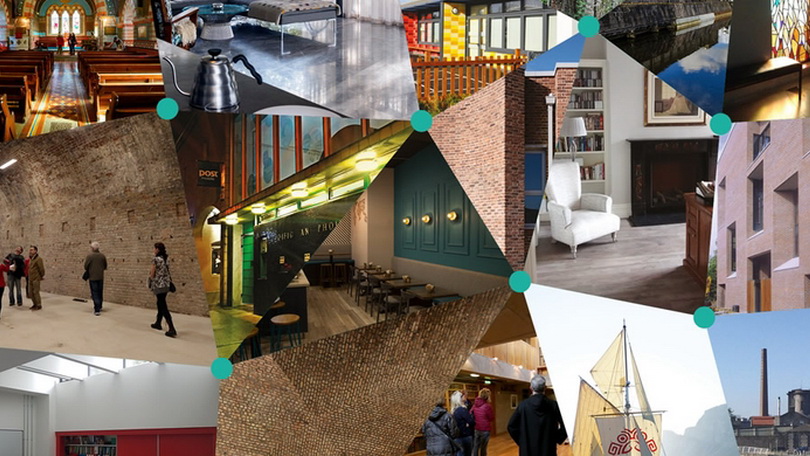 OpenHouse Limerick has a simple mission: to provide access into buildings that are normally closed for the general public. In addition to building tours, visitors to OpenHouse Limerick can also attend some of the free evening events and talks for a different view into architecture. Interest in this idea is growing annually, with OpenHouse Limerick enjoying growing numbers and a more diverse audience annually.

OpenHouse Limerick is also delighted to announce that RIAI CPD Structured Points are available for attending any of our 2019 festival events.

Maria Donoghue, Chair of Open House Limerick said: “The committee is delighted to welcome all members of the public to this extensive Festival of Architecture in Limerick in October, all free of charge. Our ‘Visionary’ theme has inspired hundreds of participants - from small architecture practices to major cultural institutions - to create a fantastic and varied programme. There really is something for everyone!”

“OpenHouse Limerick not only demonstrates Limerick’s architectural talent and opens up buildings for all to visit, but also presents how architects and communities can work together to address change. An open and visionary approach is fundamental and this year’s festival will celebrate former visions, create new ones, and explore how everyone can influence the future visions of our city and county.”

The highlights among the five key themes are:

Visionary Homes: Celebrating Limerick’s rich housing and the visions embedded within it.

OpenHouse Limerick is proudly supported by Limerick City and County Council through its Festivals and Events Grant Scheme 2019. The festival is sponsored by Roadstone, Rogerson Reddan, Healy Partners Architects, GoCar, Cuddy QS, Joebren and the RIAI.

Click here for more information and details of all the events taking place or check out openhouselimerick.ie.