A wealth of talent among Limerick’s young people was on display as Limerick celebrated the magic of film as part of Cruinniú na nÓg, the new national day of creativity for children and young people, part of the Creative Ireland Programme.

Hundreds of children participated in the Young Film Convention in the council headquarters in Merchant’s Quay, where they worked together to build a city of Lego and captured it with stop motion animation so that their vision of Limerick will be recorded for posterity.

The popular Limerick BrickCon brought models of buildings in Limerick and while experts from the Fresh Film Festival introduced children as young as 3 to stop motion animation.

Young Irish Filmmakers were on hand with professional digital equipment and a green screen to introduce our youngest citizens to this technology which is used in the film, tv and video game industries.

Boys and girls of all ages came dressed as their favourite Movie Hero in wonderfully colourful costumes and make-up artist Elaine Hopkins (who has worked on Film and TV productions such as Ripper Street and Vikings) was on hand to enhance their wonderful creativity.

Young YouTubers Sean Treacy and Luke Culhane regaled their peers with their stories of being successful on YouTube and Street Boy (Paul Fitzgerald) MC'd the day, had some really thoughtful questions including safety online and how to create content, get followers and deal with negativity.

In glorious sunshine, hundreds of children and their families enjoyed Movies in the Garden at the Hunt Museum. 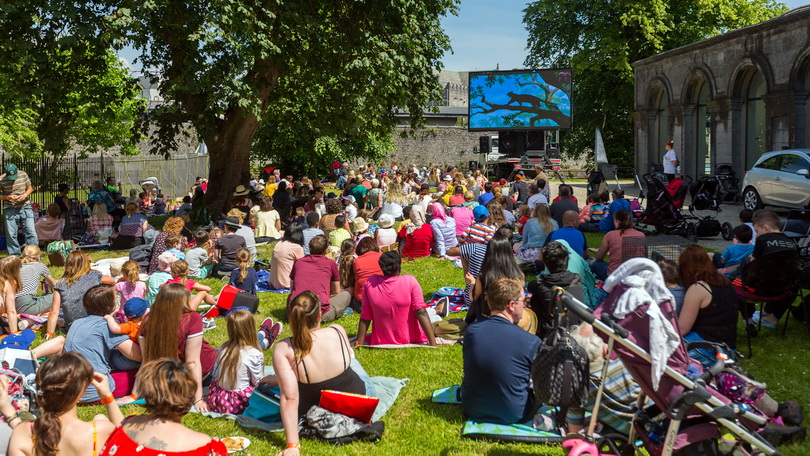 Hundreds of children and their families enjoyed 'Movies in the Garden' at the Hunt Museum. (Pic: Oisin McHugh, True Media)

Many adults told us that the 1967 Disney Film, The Jungle Book, was the first cinema experience they had and wanted to share the memory of that with their children. Older children and teenagers in family groups watched the classic love story of pirates and princesses in the afternoon screening of The Princess Bride.

The productive work of the Claymation participants at the Hunt Museum was screened after The Princess Bride, showcasing the response to the Hunt Museum Summer Exhibition, Signals of Change. This can be credited as their short film production! 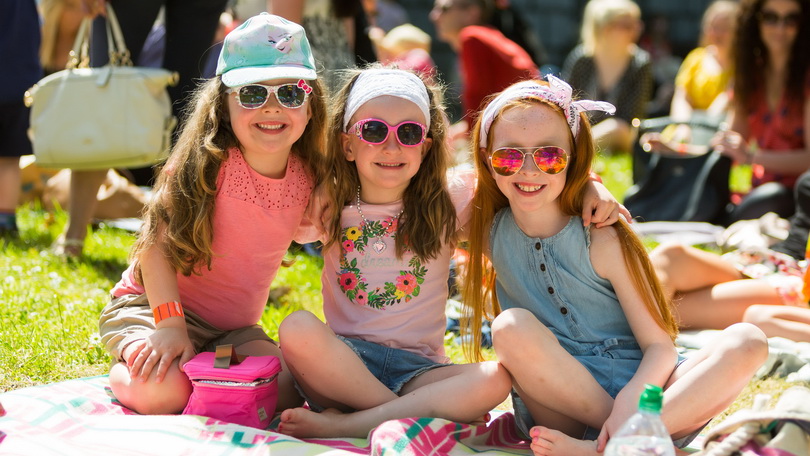 Lily O'Carrol, Grace Connelly from Castleconnell and Cailin O'Carrol at the 'Movies in the Garden' at the Hunt Museum. (Pic: Oisin McHugh, True Media)

Sheila Deegan, Culture and Arts Officer with Limerick City and County Council said: “It was a thoroughly rewarding day to see children and young people so culturally confident on this first celebration of youthful creativity, Cruinniú na nÓg.”

“The moving image is something we've all grown up with and probably encountered at a very early age. And children are inherently creative, so for me taking the medium of film as a starting point for Cruinniú I wanted young people to celebrate the moving image but also be introduced to the 'behind the scenes' if you like, so that a cultural confidence is instilled in the young film makers of the future.”

Jayne Foley, Artistic Director of Fresh Film Festival said: “Saturday was a wonderful day celebrating the art of film with the next generation of filmmakers and coupled with the beautiful weather, made it a day to remember. On behalf of Fresh Film Festival can I say we were delighted to be part of delivering this event in partnership with Limerick City and County Council as it fits with our remit to work with young filmmakers to create, exhibit and share all things movie related!”

Cruinniú na nÓg is an initiative of the Creative Ireland Programme at the Department of Culture, Heritage and the Gaeltacht and is presented in partnership with RTÉ and the Local Authorities including Limerick City and County Council.