Limerick Archives has a large collection of photos and records in relation to the visit of US President John Fitzgerald Kennedy in the Summer of 1963. A selection of these archival documents are available to view in this digital collection.

In June 1963, John F Kennedy visited Limerick for a brief 30-minute visit on the last day of his trip to Ireland. It was part of a wider European visit which also included a famous event in Berlin, where he gave his 'Ich bin ein Berliner' speech.

Kennedy landed at the Greenpark Racecourse, and was greeted by thousands of people. He was introduced to his Limerick cousins from his maternal Fitzgerald side and was also honoured with the Freedom of Limerick. After being introduced to speak by Mayor Frances Condell, Kennedy replied that Mayor of Limerick Frances Condell’s speech that day was the ‘best he heard since he came to Europe’.

You can find documents below, which include the City Council minutes of the meetings leading up to the event, and also the speech of Mayor Frances Condell. There are also a number of photographs of Kennedy greeting the people of Limerick. 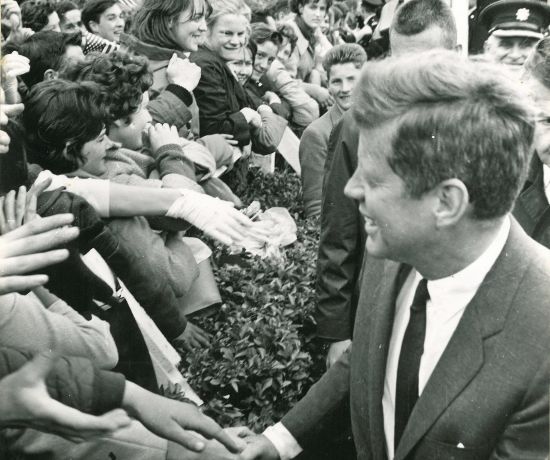