Limerick Archives' publication,  A Stitch in Time, a History of Limerick Clothing Factory, (produced in association with the Housing Directorate, and written by Sharon Slater) weaves together the threads running from Peter Tait’s foundation of the factory until its closure in November 1974. 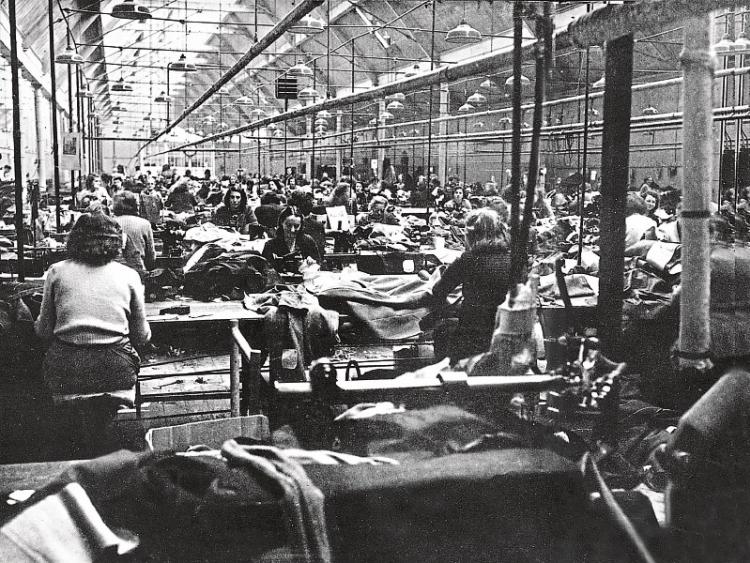 In January 2018, the site of the Limerick Clothing Factory reopened as a residential area. The new tenants were presented with keys and a copy of A Stitch In Time, the book that examined the history of the current site and the factory itself.

The Limerick Clothing Factory opened in 1853 and eventually became one of the biggest clothing manufacturers in the world. In its early years, it supplied uniforms to the British Army, the Canadian Volunteer Militia and to the Confederates in the American Civil War, and hundreds of local people were employed at the facility.

The Limerick Clothing Factory has a storied history, as entrepreneur Peter Tait moved to Limerick to create a new factory to challenge his Scottish competitors. Over the years, the site saw numerous owners and proprietors, before eventually closing in 1974, and bringing the curtain down on a Limerick institution.

A Stitch In Time: A History of Limerick Clothing Factory