Skip to main content
x
2020-03-18 COVID-19 (Coronavirus): Those wishing to contact the Limerick City and County Council are asked to email customerservices@limerick.ie or contact the Council online using the MyLimerick service on Limerick.ie or by phoning 061-556000. Please click here for latest updates from Limerick City and County Council in relation to Covid-19 (Coronavirus).

The village of Glin has a long and rich history and is probably best known as the seat of the Knights of Glin. 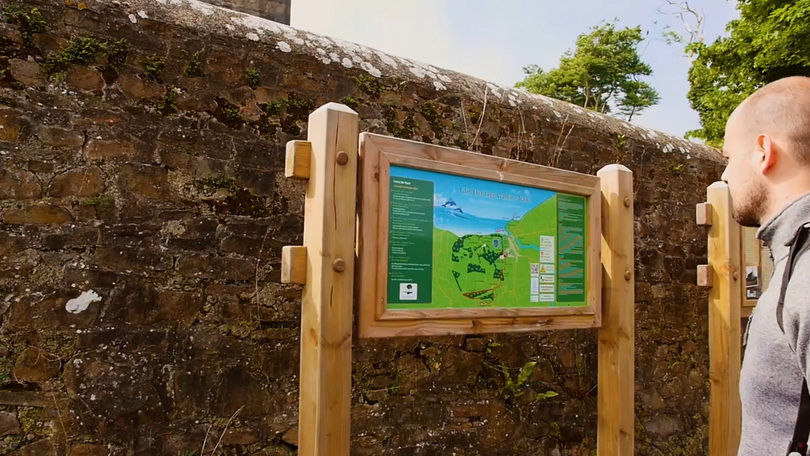 The old name of Glin is Gleann Cobraí (Cobraí being Celtic people who settled by the Estuary shore). Entering Glin from the Foynes-Loughill direction, the remains of the castle that was once the stronghold of the Knights of Glin can be seen.

The Knights of Glin - family name, Fitzgerald - were a branch of the Munster Geraldines, have held their lands in Glin in unbroken succession for over seven hundred years.

The village of Glin is laid out in the shape of a large square which slopes down to the Shannon. Drift-net fishing once gave considerable employment. There were numerous weirs on the Shannon, some owned by the Knight, others by various ordinary local people. Three or four men went out in each fishing boat and at one time the blue jerseys and peaked caps of fishermen were a common sight in the village.

Glin once had a thriving fish market, where salmon taken locally, were bought and then sent directly from there to Ballinsgate. Ice was needed to pack the fish in to keep them fresh, and this demand was met by the construction in the Glin area of a number of ice-houses - large circular structures, partly underground, in which the ice was stored. Local people sometimes constructed special ponds on their land, and during spells of frosty weather they would collect ice from the ponds and sell it to the ice-houses. But the bulk of the ice was imported from Norway in square-rigged, four-masted ships that tied up at Glin pier. Today only one of the ice-houses survives. It has however been altered and adapted to other uses.

The Knights of Glin

The Fitzgeralds were established in Glin by the mid-fourteenth century, and the unusual title 'Knights of Glin' was in use by the early fifteenth century.

The Knight of Glin was closely involved in the uprising of the Munster Geraldines in the sixteenth century and he and his son were captured and sentenced to death. The Knight escaped by a legal technicality, but his son, Thomas, was hanged and quartered in Limerick in 1567.

Undeterred by the fate of the young Thomas Fitzgerald, the Knights of Glin continued to ally themselves with those who, at different times, revolted against English supremacy in Ireland. It was because of his support of O'Neill and O'Donnell in the last long sustained war (1594 - 1603) fought by Gaelic Ireland that the Knight of Glin found his castle beseiged by an English army under Sir George Carew in 1600.

The title ‘The Knight of Glin’ became extinct with the death of Desmond Fitzgerald,the 29th Knight of Glin in September 2011, as he did not have a male heir.

In the heart of Glin, a sculpture by local artist Pat O’Loughlin celebrates the life of Margaret Moloney (1868-1952), who was the world’s only known female harbour master. She died in 1952 just under the age 84, making her also the world’s oldest harbour master.