Castleconnell has retained its 18th and 19th century character with the traditional facades of the shops, pubs, hotel and houses. The abundance of elegant Georgian and Regency houses gives the village a unique character. 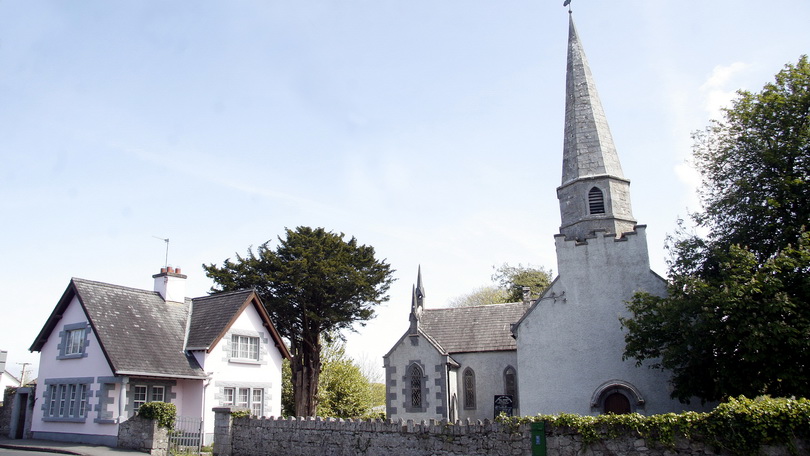 Castleconnell, picturesquely situated on a rock overlooking the Shannon, about six miles north of Limerick, became the principal castle of the Bourkes in West Clanwilliam. This was the ancient seat of the O'Conaings, and took their name Caislean-ui-Chonaine. It subsequently fell into the possession of the O'Briens of Thomond.

The castle, now ruined, is built on a rocky outcrop overlooking the bend on the River Shannon, was besieged and destroyed by General Ginkel’s army during the Jacobite and Williamite wars at the end of the 17th century.

In the 18th century, Castleconnell was a well-known spa resort, and the waters here were reputed to be ‘successful in the treatment of ulcers, bilious complaints, obstruction in the liver and jaundice.’ Because of this reputation, the spa at Castleconnell rivalled Lisdoonvarna in Co Clare as a resort in the Georgian era.

However, from the mid-19th century until the 1930s or later, fishing and boating became the mainstay of tourism in Castleconnell for generations. Celebrated visitors included Sir Winston Churchill’s father, Lord Randolph Churchill (1849-1895), who once described Castleconnell as a ‘pleasant oasis where time appears to stand still.’

The Shannon Hotel on Main Street, Castleconnell, now known as the Shannon Inn, became the principal hotel for anglers and people who took boats on the River Shannon.

The Shannon Inn is a landmark building in a prominent location on the Main Street, facing a junction marked out by Saint Joseph’s Roman Catholic Church and Shannon Stores, a surviving Victorian shop, whose name illustrates the important role the river has played in the life of Castleconnell.

The village is home to a number of fine architectural buildings including the Castle Oaks Hotel and Mountshannon House, built in the mid 18th century in a neo Palladian style, and now lies in ruins.

This striking house actually stands on an island on the River Shannon, opposite the terrace of Georgian houses known as the Tontines, and it plays a significant role in both the landscape and the riverscape of Castleconnell.

Island House also has archaeological significance, standing close to the site of a medieval chapel said to have been founded by Reginald de Burgh in 1291, when he allowed a group of Franciscan friars to use Cloon Island or Inis Cluain to set up a small monastery.

Cloon Island was completely separated from the rest of Castleconnell and was surrounded by deep fast flowing water, and the only access was by boat. The monastery survived until the 16th century when the monks were driven off the island and the church destroyed, leaving only the ruins that are visible today.

On the edges of the village, the Tontines is a fine terrace of four Regency period houses built in 1812. Tontines were an investment plan in which participants bought shares in a common fund and received an annuity that increased every time a participant died, with the entire fund going to the final survivor or to those who survived after a specified time.

By far the largest and most impressive house to be erected in the Castleconnell area was Mountshannon Mansion. It not only laid claim to have been one of Ireland's most beautiful mansions, but also earned its place in the annals of Irish history by virtue of its association with the controversial personage of the notorious first Lord Clare, Black Jack Fitzgibbon.

Erected on a 900 acre estate of the best of arable land, about two miles on the Limerick side of Castleconnell, Mountshannon was bounded on the west by the Shannon and by the Mulcair river on the south and the estate extended from Newgarden to Annacotty.

Some of the great features of the estate were its beautiful gardens and rolling parklands which were laid out and landscaped by John Sutherland, one of the most famous landscape gardeners of the time. In its heyday Mountshannon employed an army of gardeners and estate workers. In summertime work for the gardeners began each day at first light as they had to have the day's work finished and everything in order before the guests of the mansion rose to take breakfast on the lawns and spend their days in the delightful surroundings of the estate gardens. During the summer months as many as a hundred guests would be in residence there.

For more about the History & Heritage of Castleconnell click here.