Learn about the role of whiskey in Irish history and the origins of whiskey’s development in Limerick on this engaging walking tour.

Whiskey has had a particularly significant role in the history of the region and Ireland. In the context of Irish history, whiskey dates as far back as the 11th century and its distilleries have continued to grow and expand throughout the centuries, Limerick isn’t a county mentioned in modern day whiskey production but the city was once home to the most modern Distillery of its time.

Gain greater insight into the historical origins of whiskey’s development in Limerick; it’s introduction, developments through the 1600s-1700s and how events such as the War of Independence and the Anglo-Irish Trade War Impacted the production of whiskey in Limerick. Discover the lost distilleries of Limerick, their establishment, global economic impact and eventual decline.

Beginning at Limerick City Tourist Office on O’Connell Street, guests will engage on a walking tour delivered by one of our trained Guides. Guests will learn about the tradition of Whiskey Distilling in the City and how it was lost!

The tour will take approx 90 to 120 min, involves walking and steps.

Good mobility is recommended due to the nature of the route. 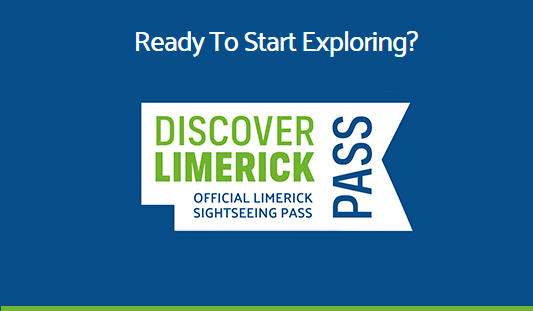 The Discover Limerick Pass is the official sightseeing pass for the city and region of Limerick. Choose between a 1-day, 2-day or 3-day pass and get access to some of our top attractions – saving money on admission fees whilst seeing the very best of this vibrant destination.