The name Askeaton comes from the Eas Géitiní, which means 'the Waterfall of the Géitiní (Keatings)'. Askeaton is situated on the Deel River and was a base for the Normans, especially the Desmond Geraldines, whose family name was Fitzgerald. 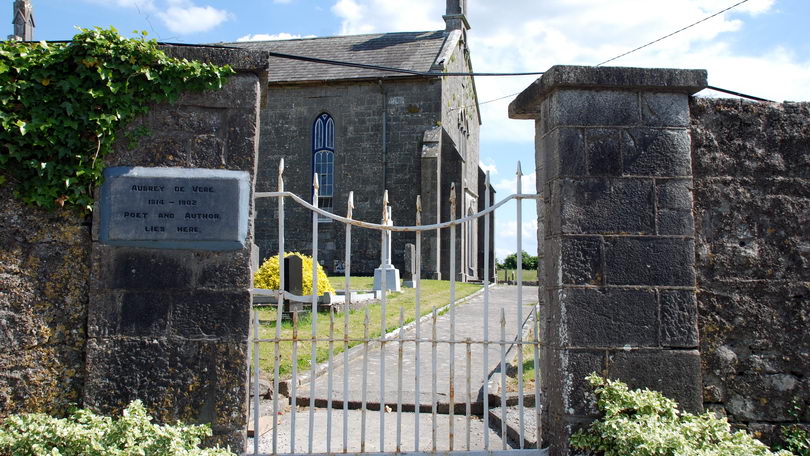 The medieval village of Askeaton was once a stronghold of the Munster Geraldines, the Anglo-Norman Earls of Desmond. With it's winding streets and imposing ruins you will find a rare mix of old and new.

The focal point of Askeaton is the castle which stands in the centre of the town on a rocky island on the River Deel. Founded by William de Burgo in 1199, it became the dwelling place of the Kings of Munster. In the mid 14th century the castle was rebuilt and what you see today is the impressive ruins of Askeaton's Desmond Castle.

On the grounds of Desmond Castle stands the remains of the Hell Fire Gentlemen's Club, a red brick structure built in around 1740. There were many such gentlemen's clubs in the seventeen hundreds. The Askeaton club remained in existence up to the end of that century. The popular tipple of members was 'Sealtheen', a mixture of cream and whiskey, a forerunner of our modern Irish Cream.

The Mill was built in 1796 by William Studdert and was a flour mill originally worked by a water wheel. In 1927 it became a registered creamery under Askeaton Co-Operative dairy Society.

The original church was founded by the Knights Templar in 1298. The Belfry from the old church stands today. It is most unusual in that it has a square base and an octagonal top. It is based on Norman architecture.

The cemetery holds ancient and more recent graves, including that of Irish Poet Aubrey de Vere who dies in 1902. Victims of the mid-19th century famine are also buried here.

The poet and author Aubrey de Vere, born at Curraghchase House, Curraghchase, Kilcornan, County Limerick, is buried in the grounds of St. Mary’s Church of Ireland in Askeaton and is noted for writing about Irish patriotic events. Raised as a Protestant, he was received into the Roman Catholic Church while in France in 1851. He had an audience with the Pope, who asked him to write a poem in honour of the Blessed Virgin Mary.

He died at Curraghchase in 1902, at the age of eighty-eight. As he never married, the name of de Vere at his death became extinct for the second time, and was assumed by his nephew.