The town of Kilmallock has scarcely altered since medieval times. It still largely lies within the narrow oblong area once enclosed by the town walls; and its medieval streets are also the streets of today. All this wonderful heritage of stone being sufficient to prompt one traveller in 1777 to describe the town as 'the Irish Baalbek'. 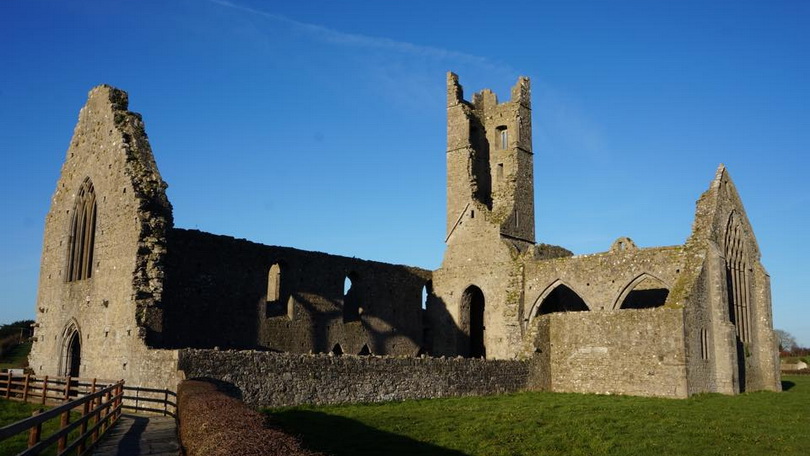 Located in the Golden Vale region, Kilmallock is approximately 10 kilometres from the N20 Limerick - Cork road.

Kilmallock was an important Anglo-Norman town and was at the centre of Ireland’s political development from the 13th through to the 17th centuries, a history that is evident through the rich architectural heritage and national monuments around the town.

There are a number of places to visit in Kilmallock town. King's Castle, which was remodelled in the 15th Century, is located in the middle of the main street.

Of the original 1700m circuit of town wall, nearly 1200m survives and the best stretch of this survives for 544 metres, from the rear of the Catholic church to Blossom Gate and can be accessed along the West Wall Walkway.

What is particularly unique is that visitors to the West Wall Walkway will experience the same landscape as those centuries ago, as, with the exception of the south of the town, Kilmallock has never really expanded outside its original walled boundary. Elsewhere, the town wall still serves as a boundary so even a casual glance at a modern map reveals the line of the medieval defences.

Kilmallock is a walled town of ecclesiastical origin. A monastery was founded on a hill to the north of the town by St. Ceallóg in the 7th century. The monastic site moved to the banks of the river Loobagh probably in the 10th or 11th century around which the town subsequently developed.

The Dominican Priory in Kilmallock is the best preserved in Ireland and in the best setting which represents the undisturbed original curtilage of the Priory making it unique in Ireland. Blossom Gate is the only surviving of the original 5 gates along the defences. 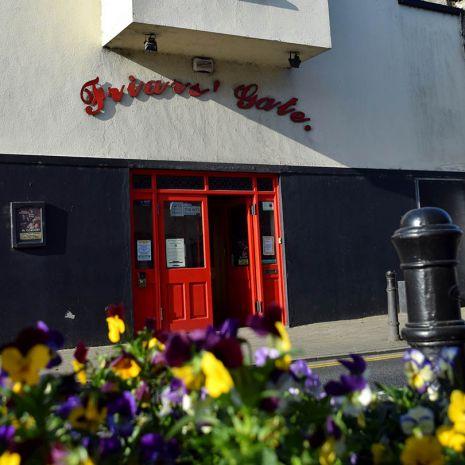 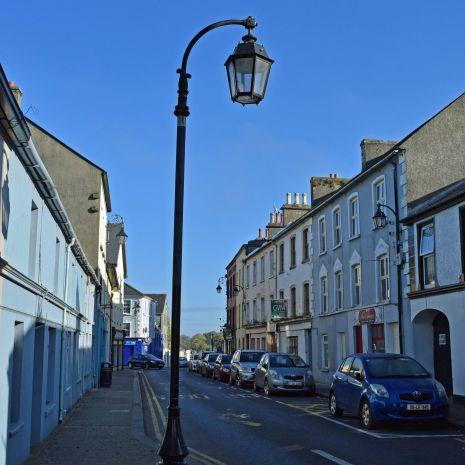 Another notable feature in Kilmallock, which dates from the 16th century, is the remnants of the gracious stone houses that lined the main street. These buildings were the homes of the merchants and towns people, who lived on the first and second floors and traded on the ground floor.

The 16th century street is represented on the large mural beside King’s Castle. One relatively complete street fronting example of these houses is close to King’s Castle, but another semi-complete example is contained within SuperValu, as well as the north wall of a third example right in the middle of the shop.

Other tourist attractions of note include the Fenian Monument, the Catholic Church of Saints Peter and Paul and the Famine Memorial Park.

An important attraction is the Cottage Museum and Information Centre housing a collection of local artefacts, mostly from the 19th and 20th century.

Located in the town is Friars’ Gate, a former cinema which is now one of the most intimate theatres in Ireland. It stages a variety of theatrical, musical and dramatic events. 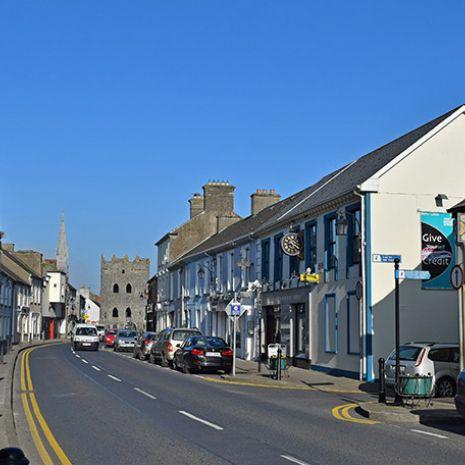 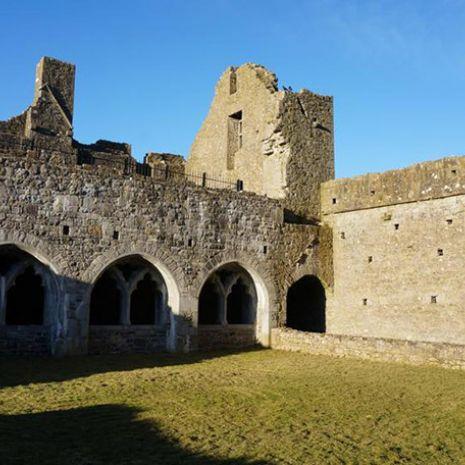 There are nearly 7km of walks around the town of Kilmallock, including the West Wall Walkway; there is a walk along the bank of the River Loobagh from North Bridge back towards the town, providing wonderful views of the Priory.

A pedestrian bridge, which is located immediately downstream of North Bridge, gives access to the Memorial Walk and a new footpath along the R518 to Bruree gives safe public access to the loop on the local road (L8659) around the Hill, passing the original monastic site.

Munster Vales is a tourism destination of domestic and international significance spanning five mountain ranges including Ballyhoura. The Munster Vales proposition is to promote and develop the outstanding outdoor activity and heritage product within East Limerick, connecting the unique visitor experiences of this rural uplands with the counties of Tipperary, Waterford, Cork and Limerick.

For more about the Munster Vales' Ballyhoura region, click here.