Bands from America, Europe and all across Ireland tuning up for Limerick. More than 1,300 participants in 21 bands are to take part in the 48th annual Limerick International Band Championship as part of this year’s Limerick St. Patrick’s Festival.

The streets of Limerick will be filled with lively musical tones and the spectacular sights of the marching bands from across Ireland, Europe and America on Sunday 18 March for the 48th running of the Limerick International Band Championship.

Ireland’s only international band competition will start from O’Connell Street’s junction with Hartstonge Street at 12 noon, march down Limerick’s premier route, passed the reviewing stand, before ending with a free concert for the public in Arthur’s Quay Park where the championship winners will be announced.

Bands from the United States, Germany, England, Northern Ireland, Limerick, and across the rest of Ireland will compete in the championship for the overall Kenneally Jewellers Perpetual Trophy.

Among the visiting bands set to enthral the spectators include the 196-strong Jackson High School ‘Purple Army’ Marching Band from Ohio, the Lakeville South High School Marching Cougars from Minnesota with 160 people marching, and the 167-strong Vestavia Hills High School Band from Alabama. 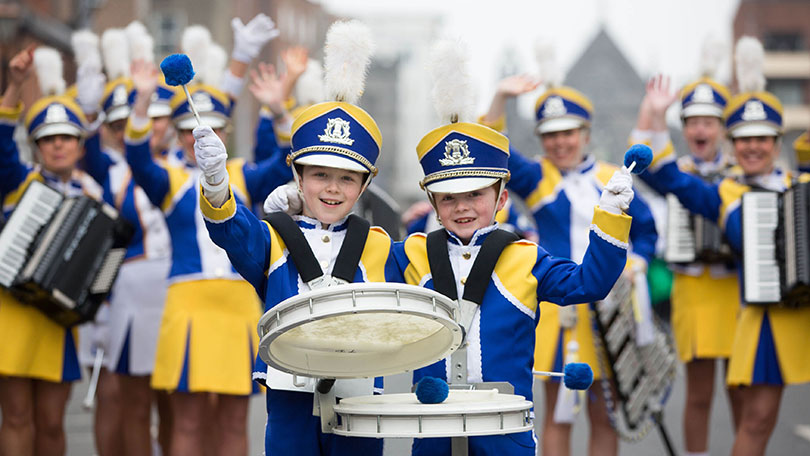 The bands competing in the 48th Limerick International Band Championship are:

There are 11 bands from Ireland (of which six are from Limerick), seven bands from the United States and one each from Northern Ireland, England and Germany. 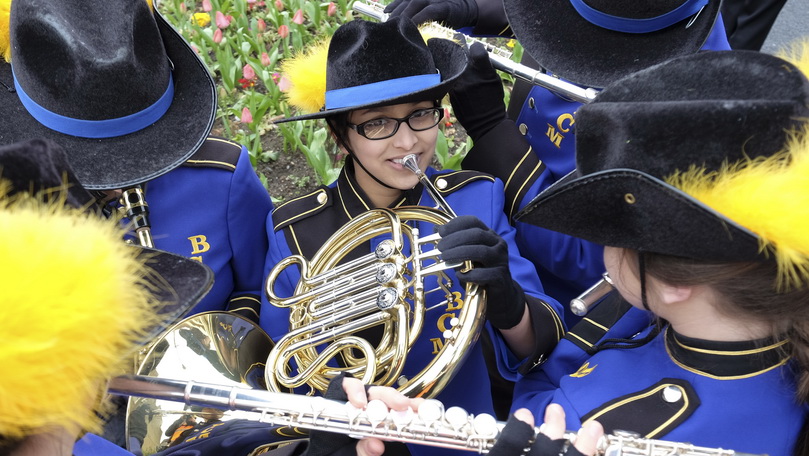 Mayor of the City and County of Limerick Cllr Stephen Keary said: “It is such an amazing spectacle to watch the bands marching down O’Connell Street every year in the Band Championship. It is truly a unique event.”

“The quality of the bands this year is very high and I’m calling on everyone who can to come to Limerick city centre on Sunday 18th and soak up the atmosphere and enjoy the championship.”

“We have something unique to Limerick and I’m delighted that it is still as strong and as awe inspiring as always.”

Bands will be allowed to perform at the reviewing stand for three minutes and will be judged by an international panel of judges consisting of Dr Stan Michalski, Norman Rogerson, Dr Andrea Strauss, Evelyn Grant and Niall Carroll.

Sheila Deegan, Cultural and Arts Officer with Limerick City and County Council said: “It’s fantastic that the marching band tradition is alive and well in Limerick. Even on the coldest day the spectacular arrangements of music promise to warm the heart. Enjoy a free concert in Arthur's Quay Park afterwards and applaud the winners.”

The Limerick International Band Championship is just one of the many events taking place for the Limerick St. Patrick’s Festival.

The traditional St. Patrick’s Day Parade takes place on Saturday 17 March and promises to have fun for all the family. This year’s parade has Circus as its theme and Marion Fossett, ringmaster with Fossett’s Circus, as Grand Marshal.

Linking with the parade’s theme of Circus, Fossett’s Circus will be in Limerick for the festival as part of their 130th Anniversary Tour of Ireland from 15 -19 March in Cleeve’s site, O’Callaghan Strand.

And all eyes will be on King John’s Castle for St. Patrick’s Festival Extravaganza from 9pm on Sunday 18 March as dramatic illuminations are projected onto the historic castle, followed by a spectacular fireworks display which will transform the city’s skies into an explosion of colour! This promises to be a tremendous treat for the whole family and a truly dazzling end to the festival celebrations.

For a listing of all events about Limerick St Patrick’s Festival visit www.limerick.ie/stpatricksfestival