Limerick's progressive mindset and passion are creating a city with an eye on the future. Discover Saoirse's story.

Saoirse Exton is a climate activist and schoolgirl, Saoirse was recently voted Limerick Person of the Month due to her involvement in the Fridays for the Future International Movement.

“I think Limerick shaped me in many ways. I've done everything here, I played music here, all my friends are here, I go to school here. You know, its a really big part of me.

I value the history and the culture tied in with everyday life in Limerick.

I really love the way there's music wherever you go. People are so friendly in Limerick and people are so supportive; coming to the climate strikes every week or even the big ones as well, people are amazing and they're always ready to work.

I was always a little bit scared of climate change. I suppose I was afraid to accept it. When my mother showed me pictures of the students striking in Australia I realised that young people can actually have power. They can actually have a voice and I was like, well there's nothing really like this in Limerick and as far as I knew at that point, there was nothing like it in Ireland. So I decided, ‘You know what, why not do this? Why not strike every Friday?’.

Fridays for the Future believes that climate breakdown and the climate crisis is the biggest thing that affects people today and we also believe that governments around the world are not taking enough action. The idea is that young people are saying you're taking away our future so we're going to strike from school to get your attention, and it really has worked. People have started to talk about the climate crisis. They've started to change, even a little bit, and the governments have started to change, even if it's not enough in my opinion, they have started.

I believe that Limerick can embrace the change and can really act on this now. I think we have a progressive mindset here as well. We just need to put that into action and try to work towards making Limerick the best place it can be.” 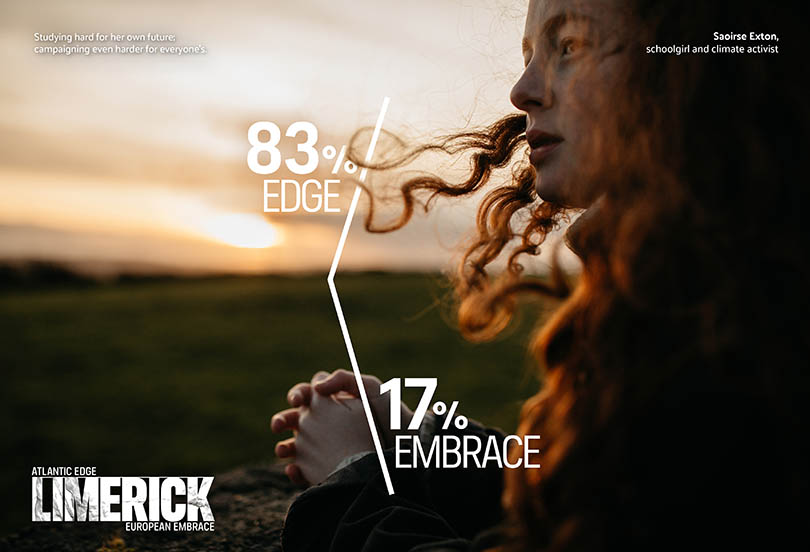