Brian Hodkinson and Limerick Archivist Jacqui Hayes pictured with the flag bearing the coat of arms of Limerick, which was in Roger Casement's possession when he was arrested in Kerry. Photo: Sean Curtin / FusionShooters.

Limerick's role in the 1916 Easter Rising is told in They Dreamed and are Dead: Limerick 1916, a major exhibition and publication by Limerick Museum and Archives which was launched in Limerick City Hall, Merchants Quay this evening.

While direct military action did not occur in Limerick during Easter Week 1916, many of its sons and daughters fought and died on the streets of Dublin during the largest uprising against British rule since the 1798 Rebellion. Three of the rebel leaders Ned Daly, Con Colbert and Eamon de Valera were from Limerick with both Daly and Colbert being executed for their part in the uprising. Many other Limerick people fought in the Rising and their contribution is highlighted in the newly launched exhibition and book.

Amongst the objects being exhibited at Limerick City Hall are Irish Volunteer uniforms, weaponry and primary source documents, as well as a flag bearing the coat of arms of Limerick, which was in Roger Casement's possession when he was arrested in Kerry while attempting to smuggle guns from Germany into Ireland. Confiscated by the British authorities, it is  now on loan from the Imperial War Museum and will be on public display for the first time in the exhibition.

Launching the exhibition, Councillor Gerald Mitchell, Deputy Mayor of Limerick City and County said, "They Dreamed and are Dead examines the important role that Limerick had in the Rising. Limerick had a vibrant republican tradition represented by the Daly family,  without whom there might never have been a Rising. Before 1916, Limerick had some of the strongest Volunteers, Cumann na mBan and Fianna Eireann organisations in the country. Indeed, had the German arms shipment not been lost off the coast of Kerry, Limerick would have played a central role in the fighting, in accordance with the original rising plans."

Cllr Mitchell continued, "Independent Ireland was born in the Easter Rising and the 1916 Proclamation is its birth certificate. W B Yeats later wrote of the Rising leaders that ‘they dreamed and are dead’. Limerick's role in this chapter of our history is told in this exhibition."

"My hope is that this Centenary year will belong to everyone in this City and County and indeed on this island, regardless of political or family background, or personal interpretation of our modern history. I would encourage people to embrace that opportunity during 2016 and to come together to honour the memory of those who paid the ultimate price for the ideals they fought for and believed in," he added. 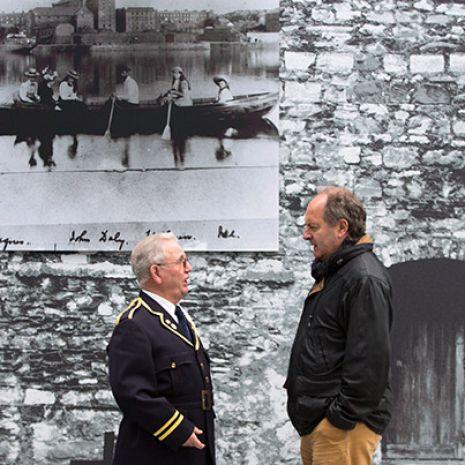 Aidan Hurley, Corbally and John Allen, Clarina at the launch of They Dreamed and are Dead: Limerick 1916, a major exhibition and publication by Limerick Museum and Archives. Photo: Sean Curtin 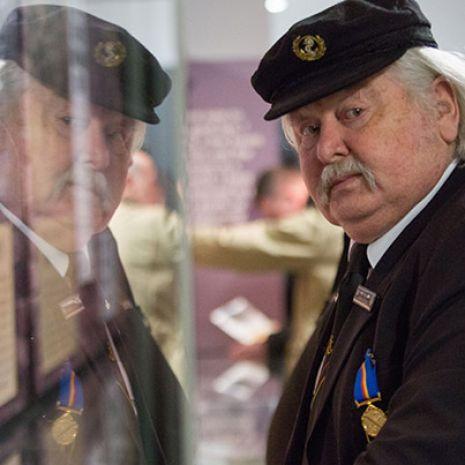 Pictured at the launch of They Dreamed and are Dead: Limerick 1916, a major exhibition and publication by Limerick Museum and Archives which was launched in Limerick City Hall, Merchants Quay. Photo: Sean Curtin

"They Dreamed and are Dead also looks at the other Limerick of 1916, a dynamic place, situated in a fast-changing world," commented Limerick Archivist Jacqui Hayes.

She continued, "Modern inventions such as the motor car, electric light, radio, the aeroplane and the cinema had only recently appeared. Education had spread to all sections of society. Mighty industries such as bacon, clothing and flour milling made Limerick famous worldwide. Even women’s hemlines were rising in tandem with their increasing participation in the workforce."

"Yet along with technological change and progress, there was great hardship," said Ms. Hayes. "The local newspapers were full of the First World War, in which thousands of Limerick men fought and 279 were killed. At home, their families waited anxiously for news of their loved ones. The poor in both city and county lived in sub-standard housing and were afflicted by diseases such as typhoid and tuberculosis. Infant mortality was very high. "

"The Limerick people who perished in the Rising and during the Great War, and the quiet heroism of those who manned the home front in factory, farm and schoolroom are all remembered in They Dreamed and are Dead, which is a highlight of Limerick 1916 Centenary programme," concluded Ms. Hayes.