Dr Norah Patten, who is in the running to be Ireland’s first astronaut, has been unveiled as the Grand Marshal for Limerick’s St. Patrick’s Day Parade. The theme of this year’s parade is One Giant Leap, marking the 50th anniversary of Neil Armstrong’s landing on the moon. It also reflects the massive and dynamic revitalisation of Limerick over the past number of years.

Details of the Limerick St. Patrick’s Festival were announced today [Tuesday 26 Feb 2019] including the colourful and energetic Parade, Ireland’s only international Band Championship featuring more than 1,300 musicians, a dazzling fireworks display, a 40 foot panoramic wheel and the Museum of the Moon.

The two kilometre route of the St. Patrick’s Day Parade will be filled by participants from all parts of Limerick and across the country, including schools, sports clubs, industry and the new communities that now call Limerick home.

The expected tens of thousands of spectators will be thrilled by colourful and high energy entries as they wind their way down O’Connell Street from Roden Street all the way down to Rutland Street on 17 March from 12 noon.

Among those who will be taking the theme of One Giant Leap and transforming it into some creative street theatre are: Lumen Street Theatre; Space Odyssey; Artastic and Spraoi

Parade Grand Marshall Dr Norah Patten said: “I am deeply moved, what an incredible honour. When I was 19, I moved from my home in Mayo to a new home in Limerick when I began my studies at the University of Limerick. I’ve spent most of my adult life here and I feel a deep sense of gratitude to the people of Limerick for the welcome and inclusion I have experienced over the years.

"It’s a great honour to accept the invitation to be Grand Marshal at this year’s Limerick’s St. Patrick’s Day Parade. It is so wonderful to hear that my ambition and progress to become Ireland’s first person in space is inspiring others to reach for the stars and it is very exciting to hear the theme this year is ‘One Giant Leap’ in memory of the moon landing.”

Speaking at the launch of this year’s Limerick St. Patrick’s Festival, Mayor of the City and County of Limerick, Cllr James Collins said: “Limerick St. Patrick’s Festival is always a special time, with the young and old participating in the parade. It is a time for families and this year there is a host of events taking place around the two main attractions of the parade and band championship. Limerick is at its best celebrating our national holiday and we have so much to offer locals and visitors alike, in what has become a weekend full of celebrations.” 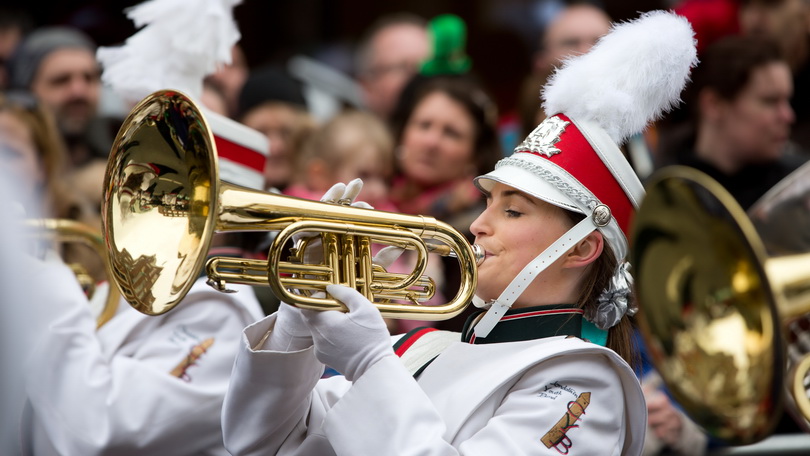 Limerick is in a unique position of having the country's only International Band Championship, now in its 49th year.

A total of 21 bands will be taking place in the championship, eight of which are travelling from America. Others are coming from Estonia, Germany, Britain as well as local and other Irish bands. The sight of all these marching bands along O’Connell Street is something to behold on Monday 18 March from 12 noon. 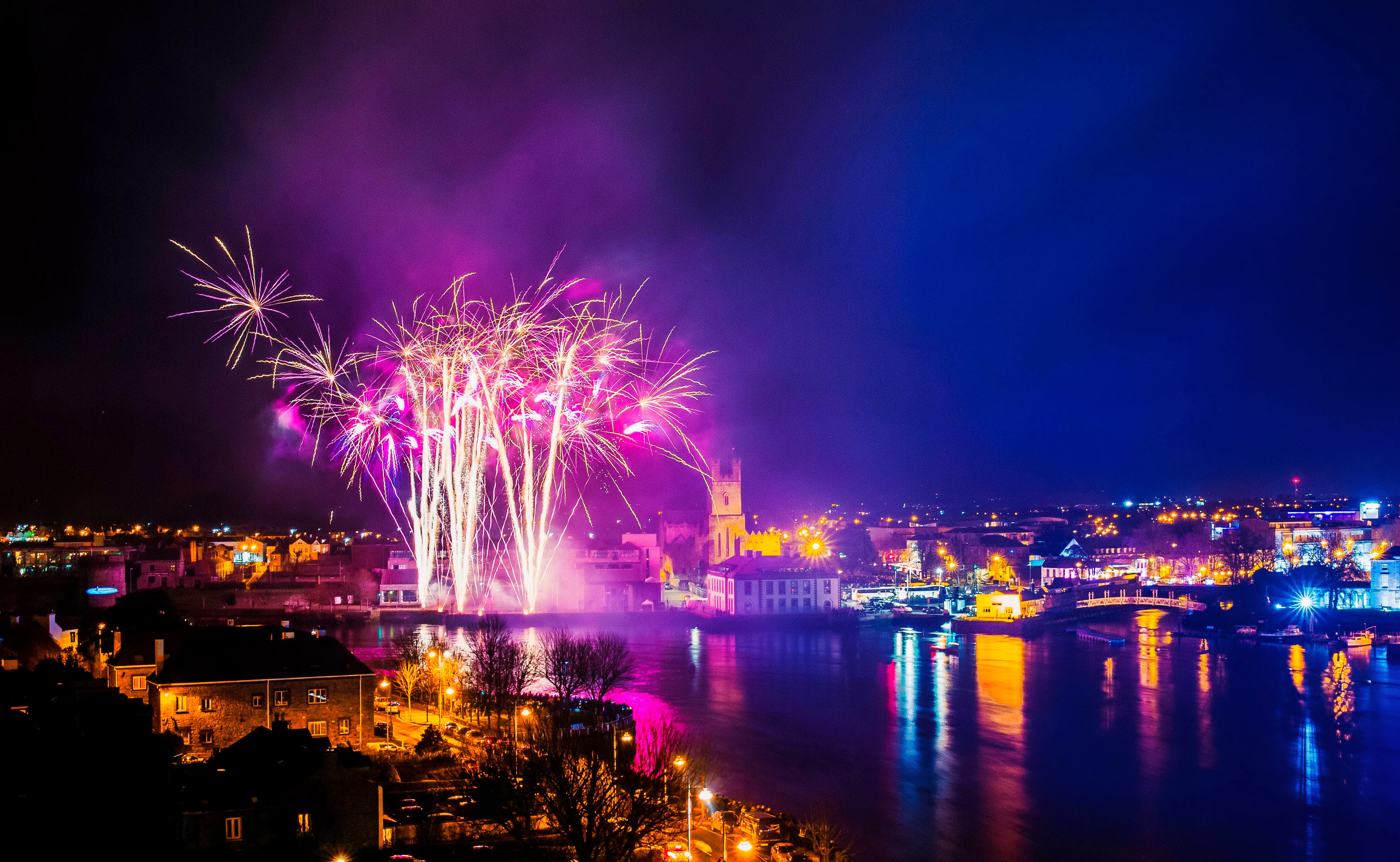 The fireworks extravaganza guarantees to animate the city’s skies into an explosion of colour and promises to be a tremendous treat for the whole family and a truly dazzling start to the festival celebrations.

To tie in with the theme of this year’s parade, and honouring the lasting effect that the moon landing has had on the world, the Museum of the Moon will land in St. Mary’s Cathedral from 15 - 22 March. Experience a new touring artwork by artist Luke Jerram, bringing together a fusion of lunar imagery, moonlight and surround sound. The moon features detailed NASA imagery of the lunar surface. 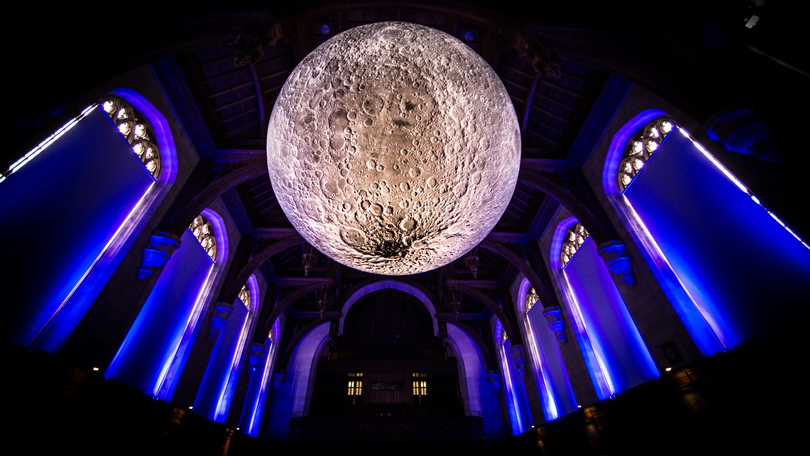 Sheila Deegan, Culture and Arts Officer with Limerick City and County Council said: “I’m very excited to see what kind of mischief people will get up to in responding to the theme of this year’s parade. The parade has changed immeasurably over the past number of years, with the emphasis on fun and spectacle. It is the centrepiece of the weekend’s festival, which now extends to three days.

"It’s fantastic to see over 20 bands coming to Limerick for the 49th International Band Championship, something which is unique to Limerick while, I would encourage everyone to go and see the moon indoors in St. Mary’s Cathedral. It will be a sight to behold.

"We are working with Fáilte Ireland on showcasing Limerick St. Patrick’s Festival as the biggest event outside of Dublin and we will make all our visitors very welcome.”

The deadline for entries into St. Patrick’s Day Parade is Thursday 28 February 2019.