From Richard Harris to the Fresh Film Festival, Troy Studios to third level education programmes, Limerick has many connections to the film, television, moving image art and online video industries. To build on that affinity and burgeoning reputation, ‘Film in Limerick’ was developed by Innovate Limerick to be a single “port of call” for advice, information, contacts and resources to make the filmmaking experience here “easier, smoother and more streamlined”.

The user-friendly website has “various strands”, according to Eileen O’Donovan, Business Development Executive at Innovate Limerick.

“Film professionals and crews can register their details on the database, and then production personnel can see what we have locally, what expertise is available and see where the gaps are. We have a full catalogue of locations around the region and we’re constantly adding to it.” The site has examples of work made locally, tax benefits, practical information on permits and places to stay.

Film in Limerick was “one of the key pieces that was critical to NBC choosing Troy Studios as the location of the series, Nightflyers. Rather than us telling them what the location could offer, they could see it all online,” Eileen explained.

Troy Studios has been huge catalyst for this commitment to cater for the film industry. This 340,000 square foot facility is a privately run venture set on a council-owned site (one of the four key strategy sites for development as part of the Limerick 2030 plan). The first major production there, Nightflyers, began filming in February 2018 and has an estimated worth of €70 million to the local economy.

“As well as the large-scale, we have seen a huge increase in smaller productions in Limerick. Just today, I got a call from a Canadian company coming over to do a low-budget production next week and it’s purely because they’ve been able to do research online.”

The crew database coupled with word of mouth in a small industry pool in ireland has meant more opportunities for qualified (and especially newly qualified) professionals and a knock-on effect for local businesses.

Engine, a local authority platform for enterprise engagement, has set up a digital skills academy to train workers in film disciplines. It collaborates with local third level institutions, Limerick & Clare Education Training Board and Screen Training Ireland to do this.
It is now hoped that growing profile of the film industry here, joined with Film in Limerick and other supports, will help to attract additional exciting projects and investment. 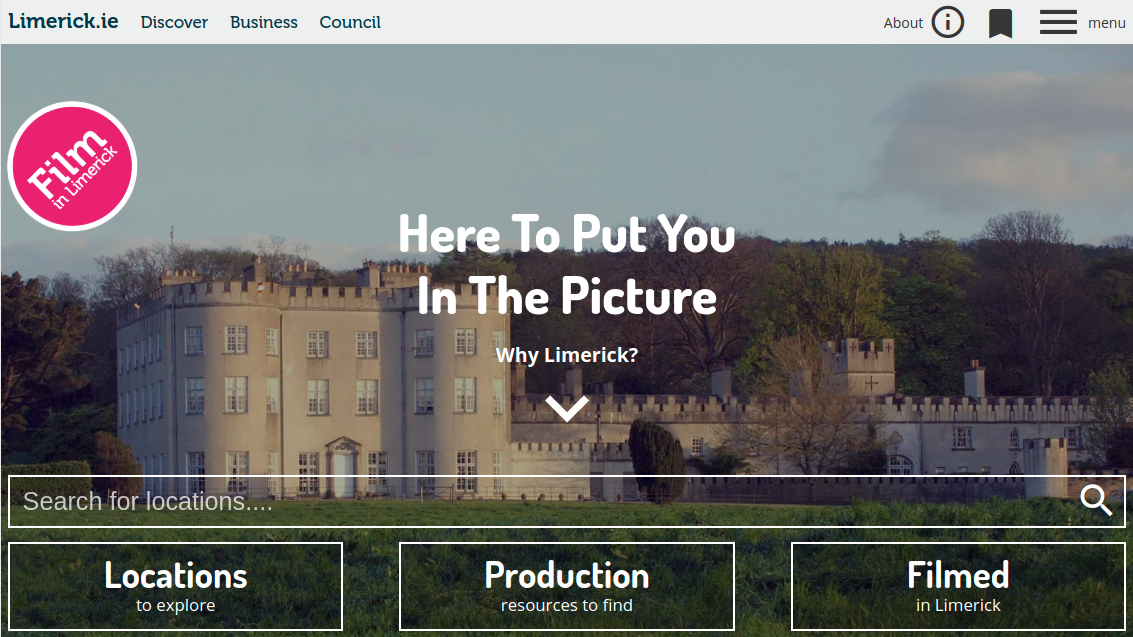