The Irish Air Corp will take part in the Foynes Air Show on Saturday July 28, 2018, marking the 60th Anniversary of Ireland's first peacekeeping deployment and its inaugural appearance at the largest air show along the Wild Atlantic Way.

Minister of State at the Department of Transport, Tourism and Sport with special responsibility for Tourism and Sport, Brendan Griffin TD, will officially open this year’s West Limerick event, which forms part of the IAA’s #AviationIreland weekend, along with the Bray Air Display in Co. Wicklow.

A total of 12 awe-inspiring acts by 23 aircraft have now been confirmed for the Foynes Air Show, including shock and awe displays, breathtaking aerobatics by Ireland and Europe’s most experienced aviators, as well as a fly-past by some of the world’s most historically significant aircraft.

Margaret O’Shaughnessy, Foynes Air Show Festival Director said the show’s organisers are privileged that the Irish Air Corps are taking part in this year’s show, especially during such a momentous year for the Permanent Irish Defence Forces - Óglaigh na hÉireann.

“Ireland's first peacekeeping deployment took place in 1958, and since then, Ireland has maintained the longest unbroken service on the front line of peace. This is something we as a nation can be proud of, just as we are proud of the men and women that make up our defence forces.

“Therefore it is a huge honour for us to have the Air Corps taking part in the Foynes Air Show this year with one of its two CASA CN235s, as well as four of the PILATUS PC 9M,” added Ms O’Shaughnessy.

“It is also fitting that the Air Corps will take part in an air show in the historical home of Irish aviation, during such an important year in its own history.”

Paying homage to its strong aviation history, this year’s Foynes Air Show will also include the Catalina - the most built plane of World War II, but which two years before Hitler invaded Poland landed in Foynes. This year is the 75th birthday of this world famous flying boat.

And while the Irish Historic Flight Foundation’s flying Chipmunk aircraft will also bring people back to another time, it is the striking presence of the DC3 in the skies over west Limerick that is most likely to transport those in attendance to a golden era of Irish aviation. This most recognisable and iconic plane of its generation, revolutionised air transport in the 1930s and 1940s. Aer Lingus took delivery of its first Douglas DC-3 in April 1940, making it the fifth aircraft type to be operated by the airline. 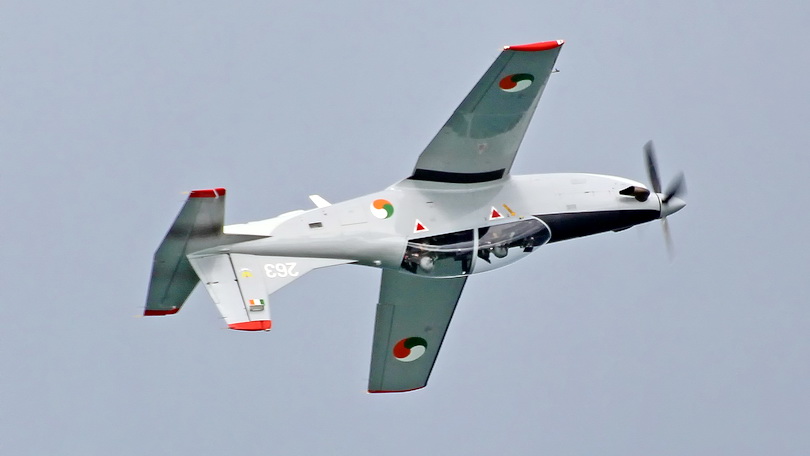 Adding significantly to the excitement of this year’s show in Foynes will be the Wildcat Aerobatics, displaying close formation aerobatics and precision synchronised flying in the iconic Pitts Special biplane. Over the years, the Wildcat team has developed an exciting choreographed air show act that combines a graceful mix of balletic, close formation aerobatics and high-speed opposition passes, where their closing speed is in excess of 400mph.

Rich Goodwin, will take to the skies in this Pitts Special to perform a unique and extraordinary brand of aerobatics, including the daring double-hammerheads, high-alpha knife-edge flypasts and the amazing Tower of Power - torque rolls whilst flying backwards through the plane’s own smoke.

Not to be outdone, the Strikemasters from the Strikemaster Flying Club (SFC) in North Wales has a top speed of 450kts and a sea level climb rate in excess of 6000ft per minute, guaranteeing an awe inspiring act for those looking to the skies over Limerick this July 28..

Meanwhile firm favourites such as Gerry Humphreys in his The Flying Cow and Eddie Goggins The Flying Dentist will thrill with energetic acrobatics in a Vans RV7 and Avions Mudry Cap 232 respectively, as will many more acts on the day.

Peter Kearney, Chief Executive of the Irish Aviation Authority said; “The IAA has a long history of supporting aviation activities that help promote the aviation industry so we are very happy to support the #AviationIreland weekend.”

The IAA is a supporter of the Foynes Air Show as part of its #AviationIreland campaign to promote aviation across the state. The show is also supported by Limerick City and County Council, Shannon Airport, Shannon Foynes Port Company, Fáilte Ireland, and many other aviation companies and local industry.

The two hour Foynes Air Show is free to all and begins at 2pm on 28 July, with street entertainment beginning well in advance adding to the build up of the day.