Fire up your appetites, World BBQ is coming to town!

Pictured at the launch of the World BBQ Championships (WBQA) is with Chef John Relihan. Picture: Arthur Ellis

Ireland to host the prestigious World BBQ Championships and family festival in Limerick this October.

Whole hogs, smoked ribs dripping with BBQ flavour, melt in the mouth beef brisket, and chargrilled chicken are just some of the meats that will be added to the BBQs in the People’s Park Limerick, as today it was announced that Limerick will play host to the WBQA World BBQ Championships 2017. The Biggest International Barbecue Competition in the World, is set to heat up the People’s Park Limerick from Friday, 13th to Sunday, 15th October 2017.

The World Barbecue Association (WBQA)’s three-day family friendly festival will see 100 Fire Chef BBQ teams from 30 Countries Worldwide, including 10 Irish Teams, USA, Chile, Europe and an all-girl team from Sweden, compete for the prestigious WBQA World BBQ Champion 2017 title. 40,000 revellers and barbecuing aficionados are expected to attend and witness the variety, drama, fun and skill involved in transforming a passion for flame and slow cooking into a sport, teamed with an overall prize value of €15,000.

Limerick-native Patrick O’Sullivan, President of the WBQA, has built a three-day family festival around the Championships. The People’s Park in Pery Square will be transformed into a World BBQ Festival filled with Artisan Food & Craft Stalls, Live Music, Art Corners, Kids Entertainment, Chill out Areas, Craft Beer, Gin and Whiskey Bars and loads of melt in the mouth BBQ! The WBQA ethos is Fire, Fun, Food & Friendship. It may be BBQ but it’s Vegetarian and Eco Friendly too.

John Relihan, the Greatest Fire Chef ever, will be doing BBQ Demonstrations throughout the weekend. Learn five ways to barbecue fish with a Fish Masterclass by BBQ Ben. There will also be Butchery demos from John Stone Beef and Wild Atlantic Foods and experts flying in to give La Plancha demos (What’s La Plancha? Come and find out)

Some of the greatest fire chefs in the world along with talented backyard enthusiasts will be competing to be crowned WBQA World BBQ Champions 2017 and must participate in five mandatory BBQ categories over the weekend; beef brisket, pork shoulder, pork ribs, chicken and fish. Teams also have the option to compete for three additional categories; vegetarian, dessert and chef’s choice which requires chefs to cook a specialty BBQ dish from their homeland. Spectators will undoubtedly relish the spectacle of the championship, while 150 fully trained WBQA Certified judges, 80 of whom are international judges, will blind judge all the categories, casting their marks based on taste, texture, appearance of meat and presentation of dish. With the overall winner receiving €5,000 cash and the coveted World BBQ Champion trophy, they will be fired up to create the top dish! Category winners will receive a category trophy and medals for their team to bring back to their native country.

This international event is estimated to be worth at least one million euro to the local economy and is supported by Fáilte Ireland and Limerick City and County Council. 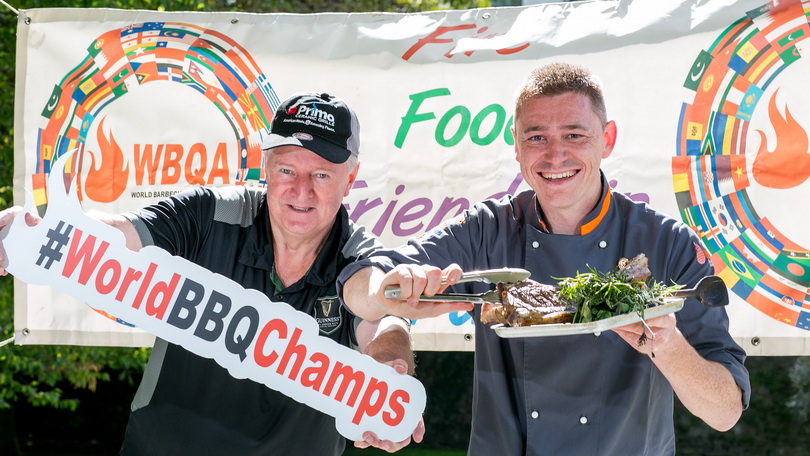 Speaking at the launch Brian Kennedy, Limerick City and County Council, said:
“Limerick City and County Council is delighted that the World BBQ Association has chosen Limerick to host its world championships. This is a wonderful opportunity to showcase Limerick as a great place to host and enjoy an international food event. We are very keen to facilitate the championships and work with the Association in the beautiful People's Park which is one of our prized assets. We wish Patrick O'Sullivan and his team all the best for the event.”

Fáilte Ireland food champion John Relihan, is an international chef and well known in Ireland for his work with Holy Smoke Cork - a restaurant that is known for cooking with smoke and fire. John is also the World BBQ Association Ambassador for the event, and honed his BBQ skills when he worked as head chef in Barbecoa restaurant London. John has worked with severely international chefs all over the world including Jamie Oliver, Chris Cosentino San Francisco and Adam Perry Lang.

Speaking in advance of the festival John said
“It's a huge honour for me to be the Ambassador for the World BBQ Association for this event, it’s a wonderful opportunity for Ireland to showcase its produce and people and it also allows us to share our traditional dishes cooked through the element of fire. Cooking over fire and with fire is a very sociable experience and brings people together and connects us in a wonderful way through food.” 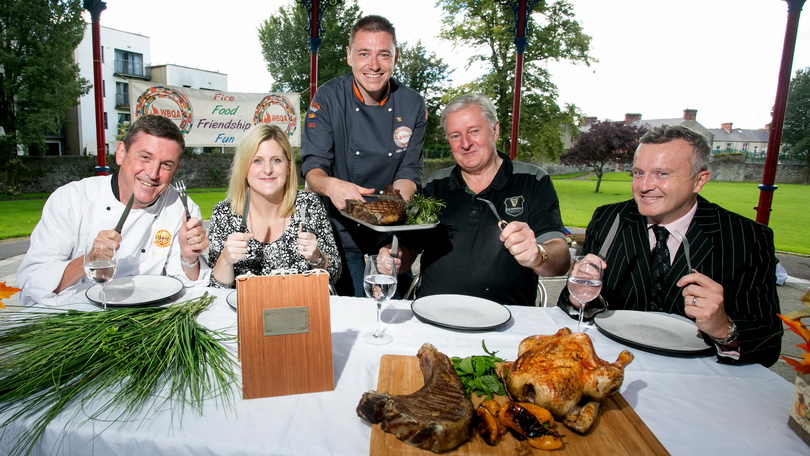 Patrick O'Sullivan, President of the World BBQ Association has pledged that this year’s festival will surpass expectations and live up to the WBQA ethos of Fire, Food, Friendship & Fun, “What makes us different is that we celebrate the culinary and cultural differences of every country and promote each of their unique styles of BBQ cooking and presentation. We promote BBQ cooking using traditional methods with wood, charcoal etc. We promote friendship throughout the worlds ‘countries through the fabulous sport of BBQ.

We feel Limerick has a lot to offer, given its success with festivals like Riverfest, Pigtown, Culture & Chips and the new European Food Truck festival, it’s a vibrant city with great hotels, pubs, restaurants and historic landmarks like King John’s Castle & Thomand Park. Food, Fashion, Rugby, History it has so much to offer from City to County. With the support of World Class Fire Chefs around the globe and our own fantastic ambassador and guest judge, chef John Relihan—the uncrowned Irish BBQ King—we couldn’t be more excited and eager for this year’s Championships to begin. We encourage all families and groups of friends to come on out and experience this unique event in the park. Try something new, taste delicious BBQ cuts of meat and sides & make new friends! That is what the WBQA World BBQ Championships are all about.”

To find out more about the WBQA World BBQ Championships visit www.world-bbq.com , or keep up to date with new additions to the weekend line-up on Facebook/WorldBarbecueAssociation. Book your ticket now on here.