Limerick has a long tradition of successful civilian marching bands.

A lot of bands initially had army connections, mainly because Limerick was a garrison town and recruitment of locals was not an unusual occurrence in the 19th and early 20th centuries. The style of playing, the music played, uniforms and instrumentation up to present times are very similar to those of the army bands, mainly because men who had been in the army brought back their knowledge and instruments and played a prominent part in forming bands in their locality. 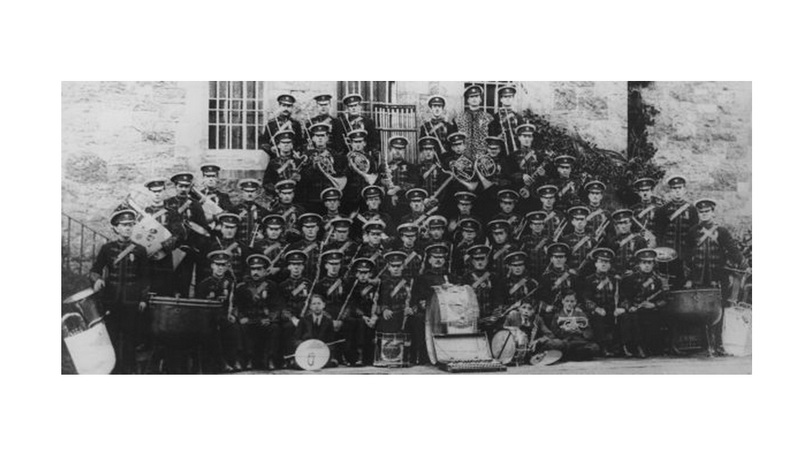 The civilian bands came to the fore with the beginnings of the temperance movement in the 1830s. They began to have a major role in the social and musical life of the city. Local newspapers report parishes such as St Mary’s, St John’s and St Munchin’s as all having temperance societies and bands.

The Limerick bands seemed to be well-organised with accounts published in local newspapers showing the employment by some of them of a competent bandmaster, purchase of instruments and rent of practice rooms. These bands were initially fife and drum bands as these instruments were financially easier to procure, but most bands later moved towards brass and reed instrumentation. The pipe band tradition became more prominent in the city from the 1920s with the formation of the Irish Free State.

Pipes and politics
As the sporting clubs and organisations of later times were not established in Limerick until the 1880s, membership of musical bands from the 1830s onwards gave the working classes in Limerick an associational possibility that did not exist for many in the earlier nineteenth century.

As the nineteenth century passed, the Catholic population in Limerick began to have a growing self-awareness which developed into popular support for nationalist constitutional politics. This meant that public gatherings and processions became more commonplace. While the temperance movement clearly had an input into setting up and facilitating bands with practice rooms and instruments, it did not take long for the bands to find channels other than local temperance soirées to express their musical prowess.

While the bands were non-sectarian in principle, in practice temperance became a predominately Catholic movement, closely associated with the repeal/nationalist cause. The repeal of the Act of Union became a major concern for Daniel O’Connell and fellow Irish members of parliament, encouraging people to participate in social and political reform movements. Critical to these public processions was the presence of marching bands, and this led in turn to an increased demand for civilian bands.

Music and bands, through playing rousing national airs at rallies and large gatherings, helped those advocating repeal of the Union. Some bands later developed different political affiliations. This led to rivalries between the city bands often becoming violent affairs, with reported damage to band halls and physical confrontations.

In the late 1880s both national and local competitions (band contests) gave bands a medium to express their musical prowess. Newspaper research conveys that band contests were prominent during the periods 1880s to 1930s. These contests were well organised affairs and became a central feature for many bands. Many contests took place in open air venues such as the Markets Field with large attendances often in the thousands.

This could also be considered the blue ribbon period for bands especially in regard to improved musical standards. The guidelines set for performance techniques and rules for contest participation were set in place by a national contest committee in the 1880s.

These competitions were also used as a method to get members practising and reach a high musical standard. With contests becoming more organised in the late 1800s, bands from all over Ireland would compete in competition. By practicing, they honed their new-found skills in music to be confident in performing before audiences and competing against their peers. It was not uncommon for rivalries to develop between local bands in competition, especially those with different political alignments. 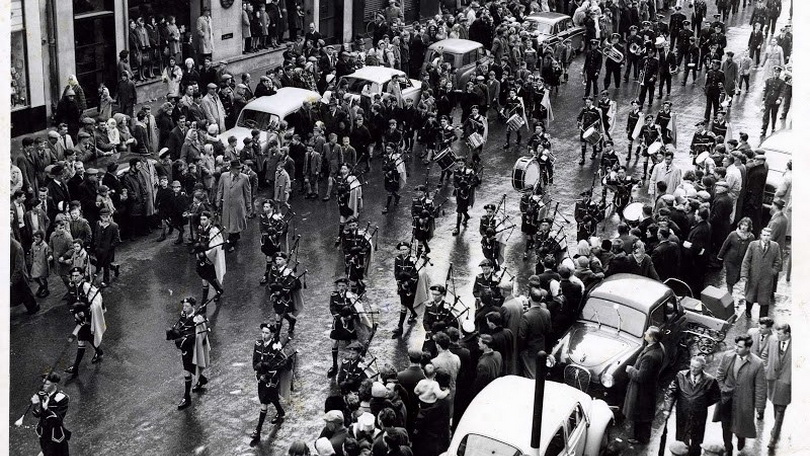 Band legacies
The musical repertoire of the Limerick bands is extensive and the conductors and bandmasters have left a legacy of champion bands which enhanced local pride in their achievements. Limerick bands are still successful in both national and international competitions and competing to very high standards.

Procuring and maintaining instruments was a major concern for all working class bands from the mid-nineteenth century onwards. Many bands acquired instruments through door-to-door collections and the results of these collections were published in local newspapers. Some bands ran dances in their band rooms with band members providing the music. This sociability in turn facilitated the way in which the bands were funded.

By obtaining skills such as playing an instrument and learning the theory of music this opened up opportunity’s for band members to earn remuneration. This could be achieved by playing in dance bands and also becoming a tutor such as a bandmaster of a band. From the 1890s it was not uncommon for bandmasters of bands in Limerick to be teaching and conducting bands in neighbouring counties as well as nationally. The dance show bands up to the 1970s had many local marching bandsmen in their ranks.

While many bands in the city have disbanded over the last two centuries others have survived since the 1850s. Limerick is fortunate to still have brass and reed, fife and drum and pipe bands based in various parts of the city. Where once the bands were male bastions, the addition of female members and musical tuition for young people has enhanced the bands and assured their futures. These bands have become a treasure in the historical landscape of what is an ancient city hopefully will entertain the citizens of Limerick and those further afield for many years to come.