3 year old hurling fan Alexander Marsh got to meet his heroes and All Ireland winning Limerick Hurlers Cian Lynch (left) Hurler of the Year and Graeme Mulcahy as they checked in to Shannon Airport. (Pic: Arthur Ellis)

Newly crowned Hurler of the Year Cian Lynch and a number of his fellow All-Ireland medal winners turned heads of loyal Limerick fans among Shannon Airport passengers and staff today as they were Boston bound for this weekend’s Fenway Classic.

And the much-celebrated winners of the county’s first All-Ireland title in 45 years were, as ever, generous with their time as they signed autographs and posed for photos with fans ahead of their Aer Lingus flight this afternoon.

The Limerick lads, together with Clare, Cork and Wexford opponents, will swap mid-teen temperatures of home for almost freezing conditions in Boston ahead of Sunday’s tournament.

Said Shannon Airport Managing Director Andrew Murphy: “We had Galway last year, Clare when they won the All-Ireland in 2013 and now Limerick coming through with the Liam McCarthy cup. The common denominator was not just that but the way the guys all held themselves.

"The Limerick lads, like those before them, are just brilliant ambassadors for the game. The stopped, chatted, signed autographs, took photos with people, no problem. It certainly made a lot of peoples’ day here today as you could see the admiration that they are held in. They were a pleasure to have through the airport.” 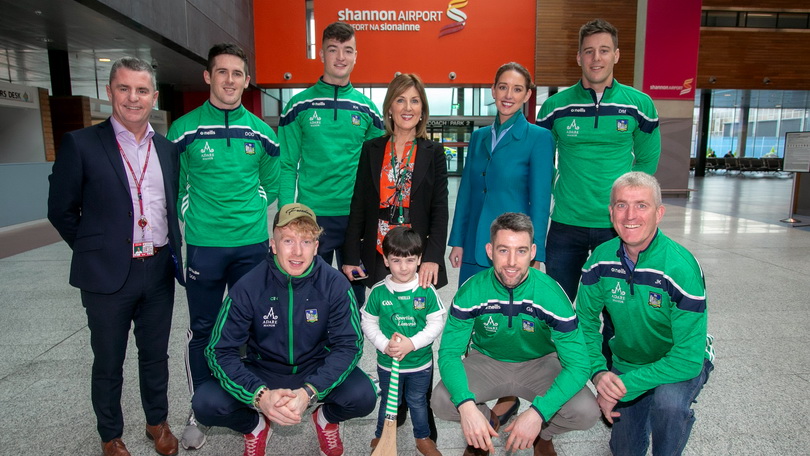 The side trained four times for the special tournament and the semi-finals will see Limerick paired with Wexford and Clare against Cork. Just 11 players take to the pitch for each side and only goals count, while there is no limit to the number of substitutions. The matches are divided into two halves of 20-minutes each.

The game takes place in one of the most famous stadiums in the world of sport, Fenway Park – the home of the Boston Red Sox.

The games run consecutively and will be screened live on TG4.