Originally from Limerick, Kevin moved to England for six and a half years to pursue his career in theatre and performance art, moving back to Limerick in late 2013 to get involved in City of Culture. Since then, he has starred in numerous theatre pieces as well as short films, and has also set up his own production company, IsleBoro Productions.

The name ‘IsleBoro’ is a combination of where both of his parents are from, “my dad is from the Island Field and my mum is from Janesboro so the Island and Janesboro combined is who I am.” Kevin has worked in Ireland and England and across the pond, appearing in Hollywood blockbusters The Dark Knight Rises and World War Z. And he’s only just getting started…

Having spent most of his life in Limerick and being involved with numerous theatre companies in the city, Kevin saw a gap in the market for something like IsleBoro Productions. “I looked around and while there are brilliant theatre companies doing brilliant things, I didn’t quite see what I wanted to do.” It’s difficult to pin down exactly what IsleBoro Productions are as they specialise in many aspects of theatre and performance art, from putting on countless performances of their own to event management and graphic design for other organisations.

“Wherever they are, I’ll come to them. It can be anywhere, the top of a mountain even – I drive a Land Rover Defender! I want people to know that I’ll bring that theatricality, that experience, that humbleness, that responsibility to an event for their company. I love it.”

The main difference between IsleBoro and other production companies are the venues that Kevin uses. “I’m all for sitting down and watching a play in a theatre; I’m all for that and I’ll do that as well with IsleBoro Productions. But what I’m interested in is bringing people to obscure locations, to locations that are exciting.”

There are so many interesting and historical buildings in Limerick that often go unnoticed, and Kevin plans to bring them back to life with his productions, “I want to be the one who puts a production where people can explore a building and see something that they haven’t seen before.” 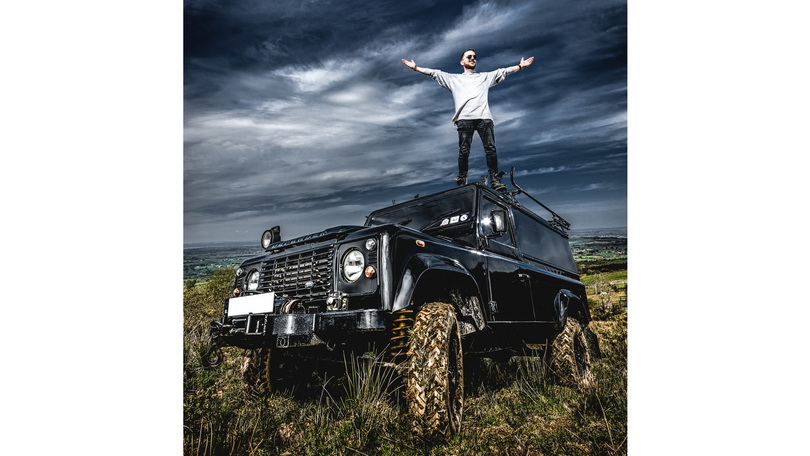 The Prison of Oil. Described as “a play that imagines the possibilities if one man is given a blank canvas of power” it deals with what Kevin says is “happening nowadays in the hunt for power and people’s inability to see the bigger picture.”

The play stars Limerick actors John Murphy and nine-year-old Danny Lynch, who plays a younger version of Murphy’s character. The Prison of Oil runs until May 7th in the Limerick City Build, formerly the Cahill May Roberts building, “next to where Docs used to be if you’re as old as I am, or Trinity Rooms or Crush 87 if you’re a bit younger.”

Tickets for The Prison of Oil get you more than just access to the performance. “Anyone who buys a ticket will get this really cool black bookmark, which is what the ticket is, then you tear off the ticket stub when the show finishes and you go to The Red Hen, you hand it across the bar and you’ll get a pint of Tiger beer or a tea, coffee or a soft drink and that’s on me.

tea, coffee or a soft drink and that’s on me. The reason I do that is because I want people to go to the theatre at eight and get them to 10 o’clock without putting their hand in their pocket again, except to take out the voucher.”

Kevin rarely gives away too many details about the storylines of his productions, “I’m very good at telling the audience they need to see it and I’m very good at not revealing a lot.” He does have this to say about The Prison of Oil: “It’s all about why a man feels that it’s justified to seek to be the person in power in the land that he lives in.

There are many examples in history, there’s one example now of a guy that’s trying to do that – there’s no prizes for guessing who I’m talking about. I had to write something about that because I was so saddened that people can be that pliant and easy to manipulate. The Prison of Oil to me is a very important piece.”

Kevin Kiely Jr. is even more secretive about the storyline of his other production; a short-film called The Cheese Box. Kevin says that when it comes to The Cheese Box, “the story is everything”. Filmed in Janesboro, the short-film takes place in 1950s Limerick and is based on a true story about his grandfather, which his father told him about when he was in his early teens. “It shocked me. It shocked me what my grandfather had to do that night.”

Kevin wants to keep the storyline under wraps for the most part. However, he does have this to say about the film: “It makes a statement about the Catholic Church. The name of the cheese is the Red Cleric.”

The film has already been making an impact around the world and has been gaining international recognition, being picked up by the Viva Film Festival in Bosnia as well as the world-renowned Cannes Film Festival where the film will premiere later this month. Kevin is relieved by the fact that stories like this are no longer being hidden and they are finally being discussed openly, “I’m happy that the story is being told.

I feel like the story of The Cheese Box and the story about what that person had to do that night in the 50s deserves to be seen and it opens up memories for people, and that’s what I’m interested in.”

While naming IsleBoro Productions after his family may be his proudest moment, he notes another career highlight. In 2012, Kevin Kiely Jr. made his film debut in The Dark Knight Rises alongside Christian Bale, Tom Hardy, Michael Caine, Anne Hathaway and Morgan Freeman. He admits that the highlight took place on the set of this film with Freeman. Many people would not know that Morgan Freeman used to be a dancer and was involved in musical theatre until he became a film actor in his late-forties.

This was something that he and Kevin bonded over when they first met. “We were on set one day and I was doing some tap dancing, because I trained in musical theatre and acting so I know a little bit about tap. He was looking at me and he went, “You gonna finish that step?” because I hadn’t finished the step, and I said, “Morgan, to be honest with you, I hate tap dancing, I’m just trying to stay warm,” and he was like, “okay, okay, okay, I’m just asking!” 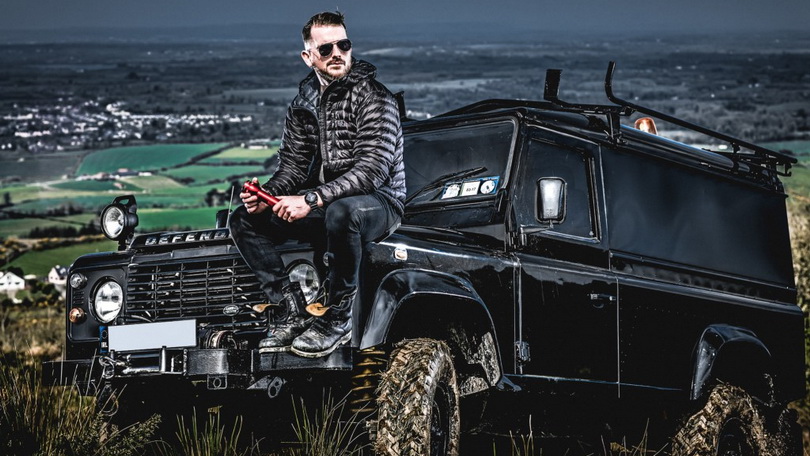 Towards the end of shooting, Freeman was about to leave to go back to Los Angeles when he spotted Kevin. “On his way out he asked me to come over. So I went over and he took me by the arm and he pulled me in and said ‘I just wanted to let you know that you’re just going to have to keep doing what you’re doing and you’re going to be alright.’ And I was like…’what?!’ In my moments of doubt I remember that Morgan Freeman told me I need to keep doing what I’m doing and I’ll be alright.”

Kevin Kiely Jr. has achieved so many things over the past few years, from starting up his own production company, to getting his own film screened at Cannes Film Festival, to even temporarily being best buds with none other than Morgan Freeman. So what’s next? “In terms of the future for IsleBoro Productions I want to bring big productions and big actors to Limerick. Just do like Fusion [Media], be unafraid of Limerick. There’s a new film studio opening and everything. Limerick is where it’s happening and it’s so exciting.”

The Prison of Oil runs until May 7th in the Limerick City Build. Tickets are available now in O’Mahony’s Bookshop and online at Eventbrite.