Vicky Enright is a Limerick native and a fourth year student at Limerick School of Art and Design.

She recently won a competition to design a life-size baby elephant statue as part of the Elephant Parade in aid of Asian elephant conservation. The statue is currently touring Europe and will be auctioned off for charity at the end of its journey. We spoke to Vicky about her achievement and what it’s like to be an up-and-coming artist in Limerick.

When did you first become interested in drawing and painting?
For as long as I can remember I’ve always been drawing. I remember drawings loads of Disney cartoons and at one stage actually wanted to be an artist for Disney! Wishful thinking! For as long I can think of I’ve always been drawing and doodling. I didn’t get into painting until second year in secondary and fell in love with it then.

What drew you to Limerick School of Art and Design?
Since I was little I was always told “you’ll be going to the art college” and so I just aimed for it. I didn’t see why I wouldn’t want to go to the college. It seemed like the perfect place for me, and now that I’m in my last year there studying painting, it’s crazy how much I feel at home there. Even in secondary school I would go to every open day or any portfolio day, just to get in the door of the college! By the time I got accepted into first year the building didn’t seem as alien or intimidating because I had been in there so many times before. 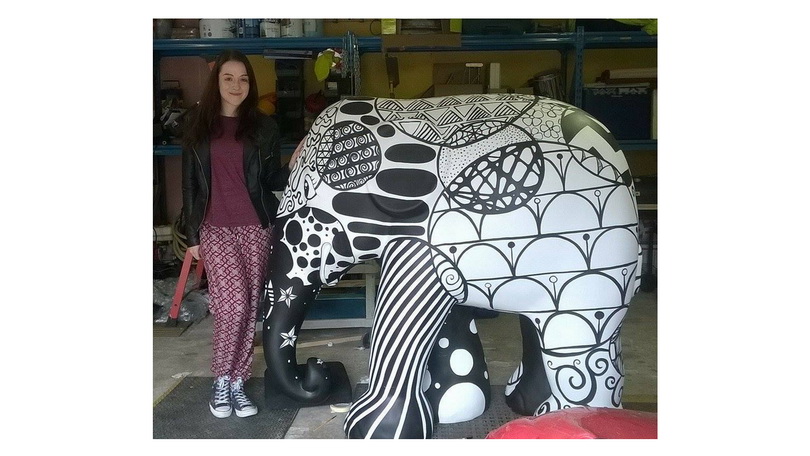 What do you think of the art and cultural movement in Limerick?
So far I think it’s great that there are so many opportunities in Limerick for artists, especially since the 2020 bid. Artists are a lot freer to express themselves and get involved with our city and the buildings around it. We have welcomed so many artists into the city within the last few years and I think it’s great to find so many nooks and crannies covered with murals and artwork. It brightens up the city and adds character.

Had you won art competitions before entering the Elephant Parade?
I used to enter loads of local-based colouring competitions or drawing competitions in school. At one stage I designed the Christmas card for Salesians [Secondary School] every year. I entered loads of competitions throughout the years and always came first or runner-up in them.

How did you hear about the Elephant Parade?
For my nineteenth birthday I received the Art Box elephant from Carraig Donn. The idea was to enter to win the chance to get a life-size elephant to paint to tour in 2016. Unfortunately, my elephant didn’t win that time but was acknowledged in the entries. I looked into the website and found a section on how to become an artist in the parade – a different section to the competition – so I entered my design. At the time the competition was for the current parade in Taiwan and unfortunately they couldn’t send the big elephant sculpture to Ireland.

They said they would keep my “Milly” drawing on file thanked me for my input. Long story short, a whole year later I received an email from an art director Freya Somers who offered me the chance to have my design in an upcoming European Parade. Of course I was over the moon and couldn’t believe it! It didn’t sink in until I started talking to her more. I was first sent a small scale 20cm blank elephant onto which I had to transfer my design from my drawings, which would then have to be sent back to the Netherlands to be reproduced for replicas.

I then received an email confirming the details for the large-scale elephant which I originally thought would be about 3ft high, but when I properly measured it out it was only then I realised that I was being sent the life-size version of 5ft by 6ft! I was laughing so much out of shock as it was going to be so big! I was only expecting a medium-scale elephant; it was practically a real life baby elephant!

It’s a very interesting, varied design. Where did you get the inspiration for it?
I had recently got into zentangle and mandala designs and thought it would be a cool pattern on such a large scale piece. Little did I know that there’s a huge difference between drawing on a page and trying to reproduce the same design on a 3D curved surface.

How long did it take you to paint the life-sized version of Milly?
I had about a month to paint her but got it done within the space of three weeks. That involved making circle stencils to work from and a lot of drawing before I even started painting.

Where can our readers buy some of your art and support you as an artist?
I have my own Facebook page dedicated to my art which is called “Artwork by Vicky” and an Instagram page of the same name, which is where I mainly promote and show my work. My work is always available for viewers online and prints of my work will be available to buy soon. A lot of my work is promoted through word of mouth too. Anyone that knows me knows what kind of work I do and what I am capable of doing. As well as drawing and painting, I also do face-painting which is fun and lets me get to meet loads of new people.

What advice would you give to aspiring artists?
Keep at it! No matter what, you need to be confident in your own work and the more effort put in the better the result. Practice and support from family and friends really boosts your confidence too. If it wasn’t for my family and friends being so supportive of me, I wouldn’t be where I am now when it comes to art. It’s a way of life for me and I can’t image myself without it. 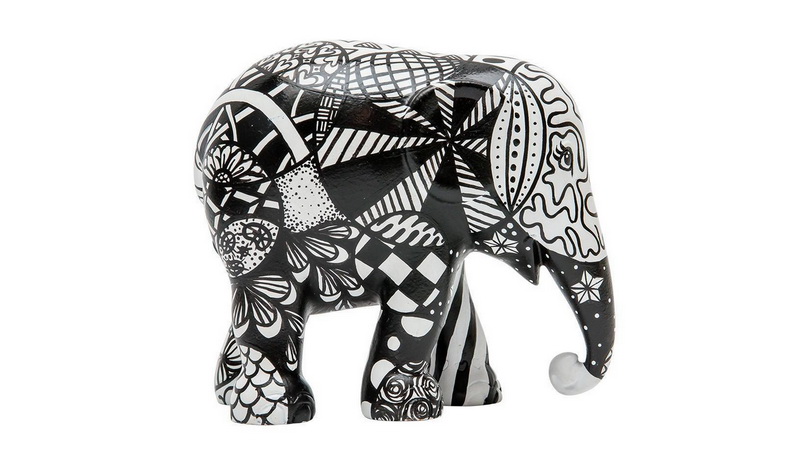 What are your plans for the future?
After college I hope to still be involved in the art world. It’s been a lifelong dream to become a tattoo artist and that is what I hope to achieve and work towards after college. Limerick has a great tattoo scene and is well known for it too – I can’t wait to be part of it.

See More
The Limerick Magazine,
Students,
Share This
Want to Submit a Listing?