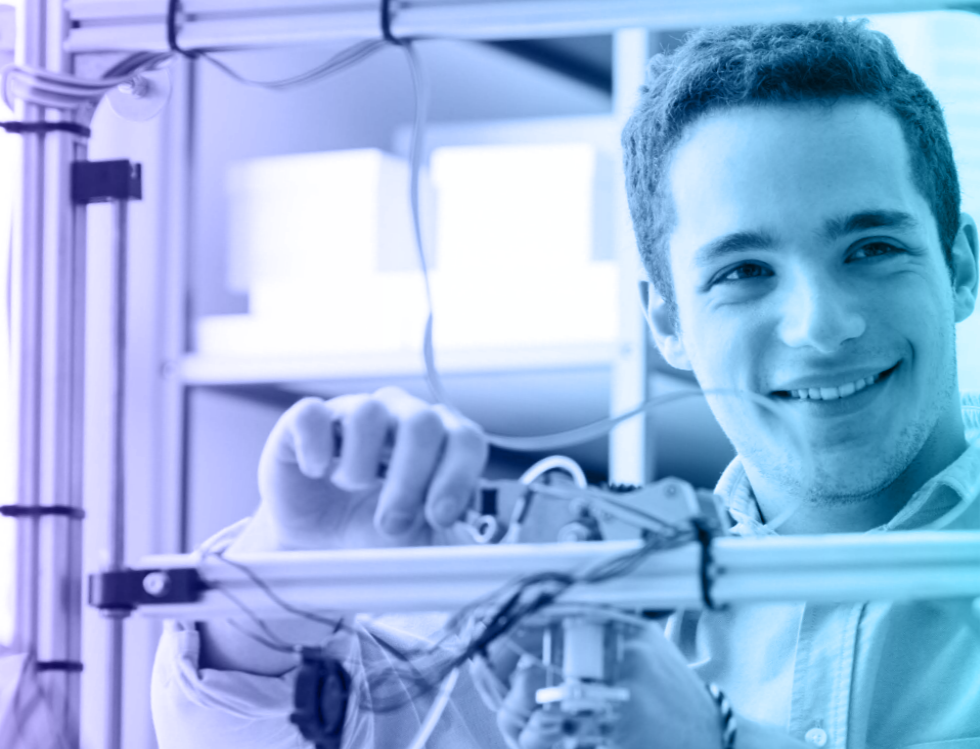 Sam is studying computer systems at the University of Limerick and takes his studies, and himself, very seriously indeed.

Having just started the final year of his degree, he is concerned about job prospects in the region because he would like to stay locally to help his mother—a full-time carer for his father who suffered a stroke a number of years before. He is hopeful of getting an entry-level position at an SME in the Nexus Innovation Centre where he went for his off-campus placement but is also benefitting from Digital Edge networking events and TechTown meet-ups.

He enjoys socialising and five-a-side soccer but his hobbies tend to revolve around ‘techie’ pursuits like gaming and more recently, joining in with ‘mapathons’. The growing number of public WiFi areas makes these coordinated mapping events easier because nobody has to use their phone network data to edit the OpenStreetMap. A recent event mapping out wheelchair-accessible pubs and clubs was commended by the Irish Wheelchair Association and featured in its magazine, Spoke Out.

Sam also likes to volunteer; he is involved with UL Engage and signed up to be one of the council’s Digital Champions in schools and community centres. Feisty pensioner, Rose, from the King’s Island Senior Citizens Group is his favourite, and best, ‘student’.

He helps out at FabLab with the digital fabrication of artificial hands using OpenSource designs submitted by people all over the world. He finds this outreach work extremely rewarding. His dad is doing well but has a weakness on his left side that might be aided by a lightweight 3D printed device to help him grip objects.

At FabLab, he met Agnieszka, a Masters student in Product Design and Magnus who just moved from Denmark and seems to know a lot about medical devices; they are collaborating on a robot kitchen porter to be used in smart homes, and maybe commercial kitchens, and they are fundraising through a crowdsourcing website to develop a better prototype.

Sam may end up starting his own business sooner than he thinks...but for now, he’s just missed the bus to this 10am lecture and will have to arrange something on the car-sharing scheme for UL students. He wonders if they’ll stop for a breakfast roll along the way?