Looking ahead to this Good Friday amid continuing uncertainty due to Covid-19, Team Limerick Clean-Up has announced that the event will take place this year on 2nd April, in full compliance with HSE guidelines. 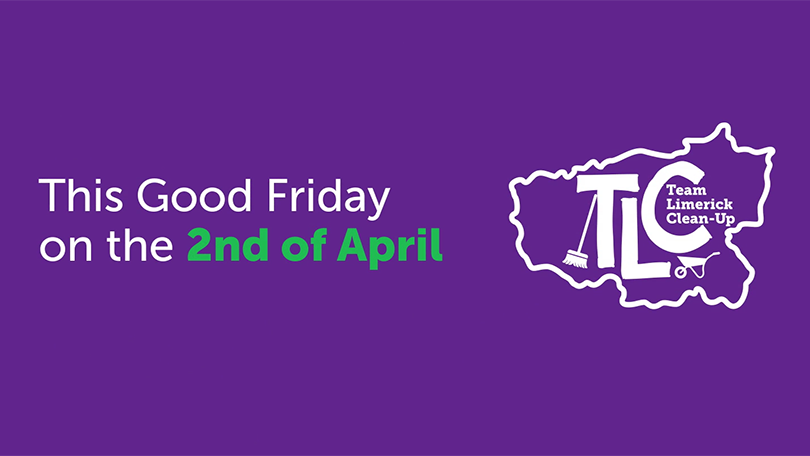 The Team Limerick Clean-Up (TLC) initiative is sponsored by the JP McManus Benevolent Fund and is spearheaded by Paul O’Connell and Limerick City and County Council, with the support of Mr Binman, the Limerick Leader, Live 95 and Limerick Post.

The event has seen over 451 tonnes of litter gathered from the streets by volunteers and event partner Mr. Binman since inception in 2015 - equating to over 18,100 household wheelie bins. Overall participation figures have passed the 80,000-mark and included over 646 volunteer groups from every town in Limerick last year. Volunteers come from every walk of life, from schools/colleges and GAA clubs, to Munster Rugby, community/residential groups, businesses, charities and well-known faces locally.

Team Limerick Clean-up is one of the most exciting campaigns ever to hit Limerick, with the people of Limerick coming out in force to do their bit to clean up the environment. The event requires a few hours of everyone’s time on Good Friday and getting involved is great fun as well as very worthwhile. This year we celebrate its fifth birthday, and what a journey it’s been. 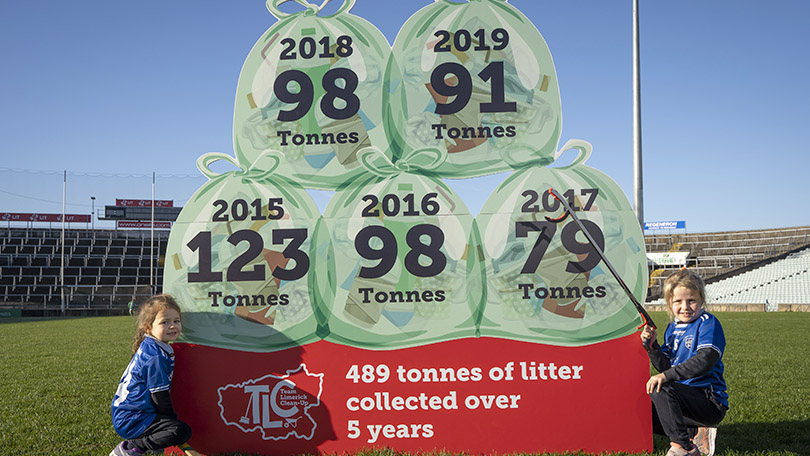 The event has been a huge local success since it started on Good Friday 3rd April 2015, as a massive clean-up day in both Limerick City and County. Everyone was urged to sign up and make their community spotless and as a result, over 10,000 people participated in what turned out to be Ireland’s largest ever one-day clean-up!

Due to TLC’s success, TLC2 took place on Good Friday 25th March 2016 where the number of volunteers grew by over 3,000. Team Limerick Clean-up 3 (TLC3) followed and continued the excellent work again on Good Friday 14th April 2017. As always, volunteers of all ages were encouraged to register and get involved in the campaign, and as a result close to 17,000 people were out on their streets to participate in the clean up! According TLC group leaders, they covered the same areas as in previous years but there was less litter to pick than this time - prevention is the best cure!

Over 18,500 volunteers took part in TLC4 in 2018 which was over 571 groups all over Limerick City and Limerick County, collecting 98 tonnes of litter which would equate to approx. 3,900 household wheelie bins of rubbish. There were many areas covered for the first time in 2018 making Limerick the cleanest it has been to date!