In a boost to the tourism and hospitality sector, Limerick City and County Council has announced the appointment of consultants to lead on the marketing and promotion of the newly upgraded Limerick Greenway targeted for opening in Summer 2021.

The Council have also confirmed a programme to assist businesses benefitting from the project and that the name of the greenway will change from the current Great Southern Greenway to the Limerick Greenway.

Springboard and Totem, the Munster based firms appointed, have worked previously on the award winning Waterford Greenway. They have been tasked with devising a suite of promotional material for the upgraded greenway and will assist the Council on stepping up marketing and promotion ahead of its official opening.

With the hospitality and tourism sectors badly affected by the pandemic, the Council has also announced that a Greenway Destination Development Programme will be undertaken in 2021 in partnership with West Limerick Resources. 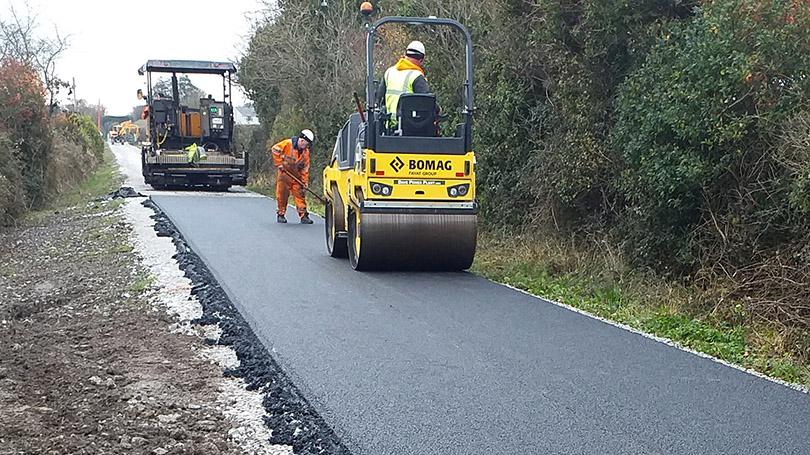 “This will be a capacity-building programme to support communities and businesses situated along the route of the greenway in Limerick and North Kerry to capitalise on the opportunities afforded by the investment in the project” said Gordon Daly, Director of Services for Community Development, Limerick City and County Council.

“Once completed this year, the upgraded greenway will be an important new tourism product for both Limerick and the wider region. As part of the increased marketing of the greenway, we are transitioning the name from the current 'Great Southern Greenway' to the 'Limerick Greenway'.

He added: “Kerry County Council have indicated that their section of the Greenway will be named either the Kerry or North Kerry Greenway and both Councils have committed to engaging in joint marketing and promotion of the route in partnership with Fáilte Ireland.”

Work is temporarily stopped on the project due to the shutdown of all non-essential construction arising from Covid-19. The contract awarded to Roadbridge in June 2020 involves the upgrade of the entire 40 kilometres of the greenway from Rathkeale to Abbeyfeale to a 3-metre wide macadam surface; bringing the route to the highest national standard.

“Completing the upgrade of the greenway by summer 2021 remains the target but this is going to be a challenge based on current Covid-19 related stoppages,” Mr. Daly acknowledged. "But we are excited at the potential of the Limerick Greenway as a tourism product and are planning a campaign to officially launch it later in the year.”

At the end of December 2020, a 9km section of the greenway from Rathkeale to Ardagh was opened for local use, which has been very well received.

The Council confirmed that the next section to be completed will be Ardagh to Newcastle West and that it will open as soon as possible after construction activity resumes.

The Council has also confirmed that it will open a greenway carpark at the old Ardagh Stationhouse site in the summer as soon as it completes stabilisation works on the building. The Council acquired the derelict stationhouse and site in 2020.

The Council have asked that the 5km distance restrictions for exercise from a person’s home be adhered to and for the public not to travel beyond 5km to use the greenway. Greenway users have also been asked not to obstruct minor roads, private entrances or farm accesses along the sections of the route currently open.