Limerick – eye more on future than past successes

If 2016 was very much a pivotal year for Limerick, a turning point for the city and region then 2017 will be viewed as one in which it galloped further ahead.

Twelve months ago we were looking back on a year in which 1,800 jobs had been announced and, among other highlights, Limerick Twenty Thirty had been established to take the city and county to another level.

Fast forward 12 months and Limerick’s economic progress has even quickened - more than 2,600 jobs having been announced since the start of the year alone, bringing to 12,000 the number announced in five short years.

It’s remarkable by any standards, not least national ones.

Indeed if anything was to reaffirm just how far Limerick has come, it was a national headline in October which roared “Limerick outperforms rest of the country for job creation”.

Confirming Limerick’s status as the poster-boy/girl of national economic recovery, the article revealed that Limerick had posted a 43 percent increase in job vacancies in the third quarter of the year.

Only a few years ago the list of new arrivals already established in or bound for Limerick during what is surely its greatest economic renaissance would have read like a wish list - companies like Uber, Northern Trust, ACI Worldwide, Virgin Media, Optel Vision, Ernst & Young, Ripplecom, Fazzi Healthcare Services, Stats, Ortec Inc and Teckro employing thousands of local people.

Better still, the positive headlines do not spark any sense of wild celebration in a city, county and region that likes the taste of success so much that it clearly wants more.

In fact, one of the most striking aspects of the new Limerick is that it now expects this level of performance. Grateful it is for all this multi million euro investment, but there’s no resting on laurels. A Limerick with a singular focus on the future.

That focus manifested this year in further building blocks being laid down by Limerick Twenty Thirty Strategic Development DAC. After its establishment in autumn 2016, the past 12 months has, in keeping with Limerick generally, been all action.

That began with the commencement of the first build in the Limerick Twenty Programme, The Gardens International Office site on Henry Street. It’s set for completion mid-next year when it will be ready for up to 750 employees in the heart of the city centre. 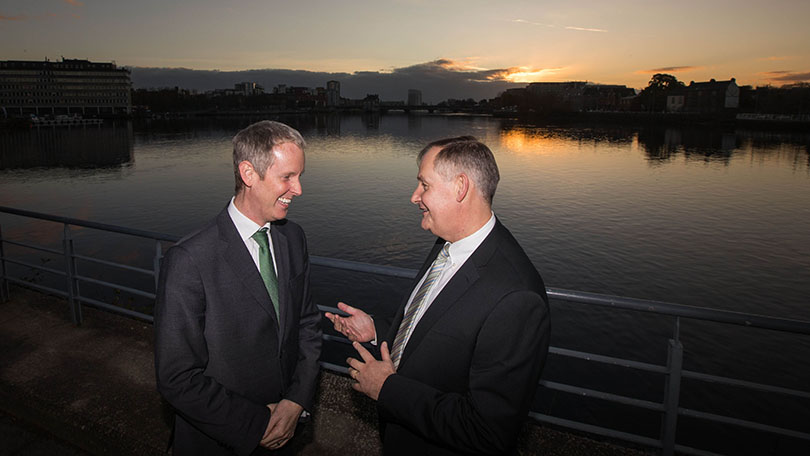 The planning process is underway and a total of €170m in funding has been secured from the European Investment Bank (EIB) and the Council of Europe Development Bank (CEB) for another pivotal project, the Opera Site.

Limerick Twenty Thirty has also moved to master-planning the 10 acre Cleeves Riverside Campus – which will be a mix of residential and commercial – as well as launching the planning and master-planning process for the former Mungret College, with the potential for 850 houses, across 60 acres.

Innovate Limerick – like Limerick Twenty Thirty, another creation Limerick City and County Council - continues to drive innovation across the city and county, with a number of major wins under its belt, including the development of a 35,000 sq ft Innovation Hub at Roxboro, and Engine in the city centre, where it will co-locate FDI companies and provide shared workspace along with a Production and Digital Skills Hub.

It has also been the key driver behind the Innovation Factory in the former Anderson jewellery manufacturing facility in Rathkeale, which it acquired shortly after the plant closed in 2013 with the loss of 140 jobs but today is back again at near capacity employment.

Away from investment and employment, there has been much progress also; a new Tourism Development and Marketing Strategy 2017-2023 has been designed to take the tourism industry to the next level.

Limerick also became the first city in Ireland to appoint a Chief Digital Officer to lead a digital strategy that will lay the foundation for the Smart Limerick Region.

As 2017 draws to a close, it’s worth signing off on a quote from European Investment Bank Vice President Andrew McDowell during a visit recently to announce record EIB funding for an urban Irish investment programme.

The EIB’s experience of Limerick, he said, was that it had become “a model for helping other cities around Europe transform their urban cores in order to attract jobs in the 21st century.”

Good times indeed but more ahead!